Fujitsu Ltd, Fujitsu Frontech Ltd and Fujitsu Laboratories Ltd has announced the world’s smallest and slimmest contact-free vein authentication sensor. Unlike a fingerprint sensor, the device uses the veins in your palms instead of fingerprints for verification. All users have to do is wave their palm over the device and let it scan the veins. 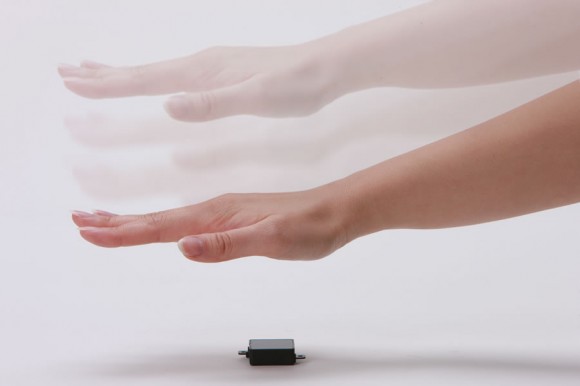 This new sensor is 29.0 mm Wide , 11.2 mm tall and 29.0 mm thick as well as including a high-speed image-capture system that continuously captures the user’s palm veins at 20 frames per second and a feature that instantly identifies the best image from among the captured images and automatically verifies it.

Vein authentication technology reads the pattern of veins just under the skin in the finger or palm. As palm veins tend to grow or change due to various conditions, only the thicker veins are scanned to reduce errors. Of course both fingerprint and vein scanning are highly accurate with few occurrences of false positives (two different individuals having the same prints). However, vein scanning requires no physical contact, which some people may prefer. 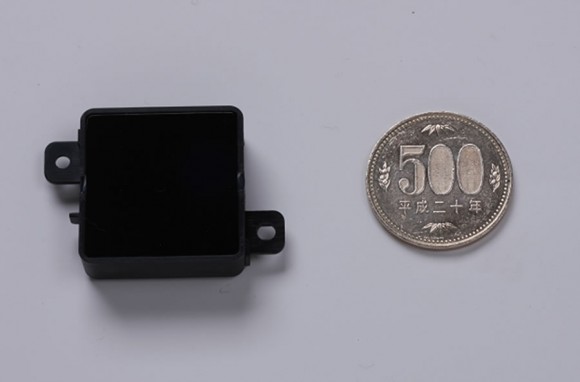 This sensor is very small, just slightly larger than a Japanese 500-yen coin. Having a much smaller size greatly increases the type of products that this sensor can be used in, such as mobile phones or laptops.

Fujitsu hasn’t released details on when the product could hit the market. It did however, hint at a possible business notebook that would be US$242 more expensive then equivalent models without the sensor.

Tokyo, April 19, 2011 — Fujitsu Limited, Fujitsu Frontech Limited, and Fujitsu Laboratories Limited today announced its achievement of the world’s smallest and slimmest(1) contact-free vein authentication sensor out of the previous plethora of vein authentication devices including those for the finger or back of the hand. The sensor’s smaller and slimmer form factor makes it easy to incorporate into the design of personal computers and other electronic devices, thereby helping to expand the range of potential applications for palm vein authentication.

With the inclusion of a high-speed image-capture function that can continuously capture up to 20 frames per second, as well as a feature that can instantly pick out the best image for authentication and automatically verify it, users do not need to hold their hand motionless over the sensor, as before, but can instead perform authentication by simply placing their palm lightly over the sensor. This enables a dramatic improvement in usability.
Background