You might have read my other articles like scientists turning air into petrol, machine for filtering toilet water into drinking water etc. And today I am going to represent another amazing article like these two, briefed below, for you. There are many deserts in this world, and among them one desert in Qatar is going to be turned ‘green’. This means this desert is going to have life. 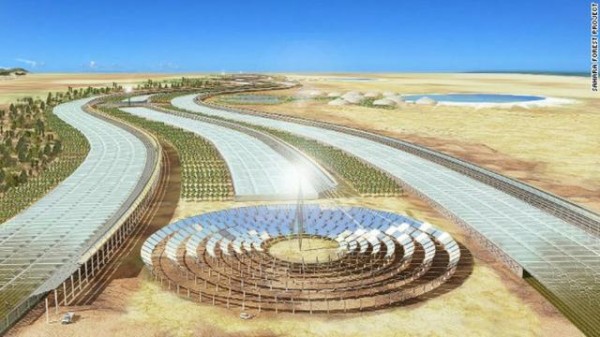 Three years ago at the U.N.’s COP15 conference in Copenhagen, Sahara Forest Project (SFP) presented their first feasibility study of turning desert into “green” to the world. Now SFP in collaboration with fertilizer companies Yara International and Qafco is working on to turn a desert near the coast in Qatar’s Mesaieed Industrial City into ‘green.’ There will be one-hectare pilot plants, a range of green technologies including Concentrated Solar Power (CSP), photovoltaic panels and a saltwater-cooled greenhouse that is capable of mimicking the hydrological cycle. 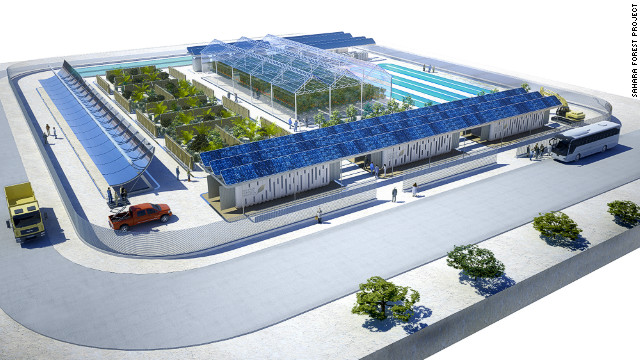 Electricity from CSP will help powering up pumps to bring sea-water to the site. Be noted, electricity from CSP is used to condition air inside the greenhouse. Trickling sea-water over evaporators will cool and humidify the dry desert air and create a favorable growing environment for crops. Some of the evaporated seawater inside the greenhouse will also be condensed through creating freshwater, which will be used to irrigate plants. 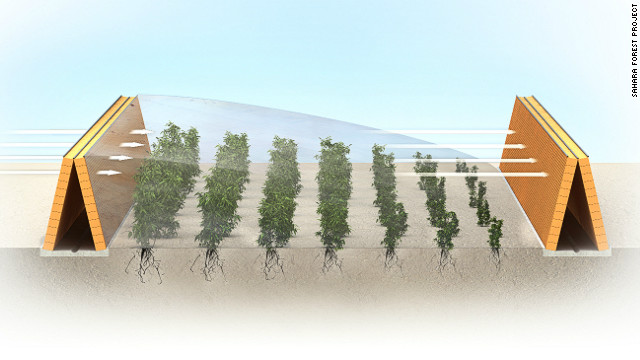 Michael Pawlyn, a British architect specializing in sustainable design and founding member of the project said, “At the start of the project, we were very conscious that a lot of people proposed single solutions addressing one issue at a time, be it water shortage, desertification, climate change. We were very keen to develop integrated solutions that address multiple challenges simultaneously. If you compare man-made systems with eco-systems there are some quite striking differences. We tend to create simple, disconnected, linear systems. Ecosystems are complex, interconnected and interdependent.”

Qatar’s Prime Minister Sheikh Hamad bin Jassim bin Jaber Al Thani believes the project will help to improve food security in the Middle East. He said, “I think this will not be important only to Qatar, but to the whole region and elsewhere where they have the same climate as Qatar.” 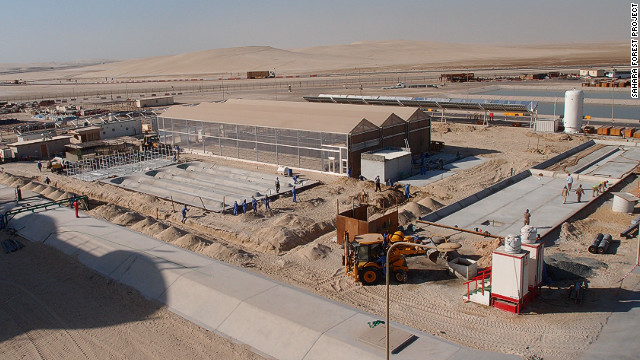 Pawlyn has said, “By bringing these technologies together (we can) address some major problems — create zero-carbon food in some of the most water-stressed parts of the planet, produce abundant renewable energy, revegetage deserts … as well as providing food and livelihoods for large numbers of people in parts of the world that are really going to be suffering from climate change over the course of the next few decades.”

However, the cost of turning the desert into ‘green’ will be $5.3 million.  The developers have said this small construction of turning desert land into flourishing centers of food and freshwater production will help transform the landscape forever. The opening of the pilot plant is scheduled to coincide with the upcoming United Nations Climate Conference (COP18) which is going to be held in Doha from November 26 to December 7.

Report Says, Existing Solar Technologies Can Power The Entire US