AT&T becomes the first telco to use energy-efficient Bloom Box servers, which will power 11 sites in California and a move AT&T says will cut its carbon dioxide emissions in half and virtually eliminate SOx, NOx, and other smog-forming particles. The Bloom Energy Server installations will begin later this year and will be fully operational by mid 2012, also Bloom Boxes contain stacked fuel cells and will convert air and natural gas into electricity through a clean electrochemical process………….. 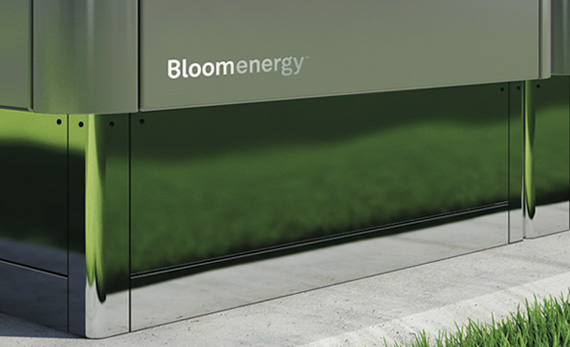 AT&T and Bloom Energy Corporation announced hat Bloom Energy will install Bloom Energy Servers, or Bloom Boxes, at eleven AT&T sites in California. AT&T is the first telecommunications service provider to utilize Bloom Energy Servers to help power their operations. Through the use of this breakthrough solid oxide fuel cell technology, the Bloom Boxes will provide 7.5 megawatts (MW) of clean, reliable, affordable onsite power that reduces CO2 emissions by approximately 50% compared to the grid and virtually eliminates all SOx, NOx and other harmful smog forming particulate emissions. “AT&T is committed to finding more sustainable ways to power our business operations as part of our efforts to incorporate alternative and renewable energy sources into our energy portfolio. Bloom Energy provided us with a solution that was not only cost comparable but also allows us to minimize environmental impact,” said John Schinter, director of energy, AT&T. Once fully operational these Bloom Boxes are expected to produce over 62 million kilowatt-hours (kWh) of energy annually-enough to power over 5,600 homes per year. The Bloom Energy installations will be deployed at 11 AT&T facilities in California including; Corona, Fontana, Hayward, Pasadena, Redwood City, Rialto, San Bernardino, San Diego, San Jose and San Ramon. 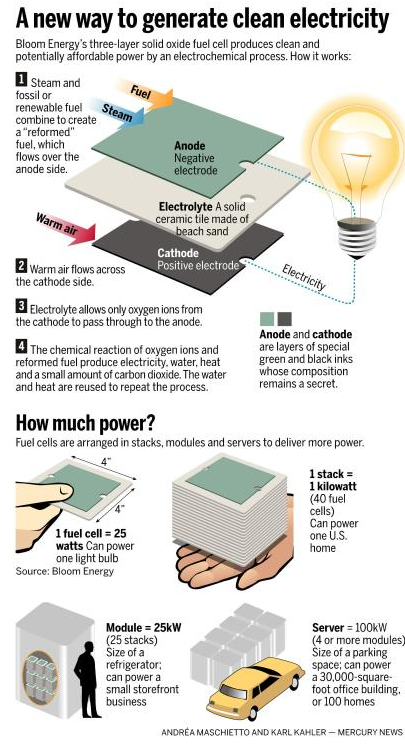 “Bloom Energy is excited to be working with AT&T in helping to achieve their corporate sustainability goals,” said Bill Thayer, Executive Vice President of Sales and Service at Bloom Energy. “With a shared vision of reliability, environmental stewardship, and innovation, Bloom Energy and AT&T’s collaborative efforts are sure to make an impact throughout their facilities in California.” The Bloom Energy Server installations will begin later this year and will be fully operational by mid 2012. Bloom Boxes contain stacked fuel cells and will convert air and natural gas into electricity through a clean electrochemical process. The high efficiency of the Boxes will help AT&T avoid approximately 250 million pounds of CO2 emissions, equivalent to removing over 3700 cars from the road. AT&T recently released their 2010 Sustainability Report highlighting the company’s energy commitments, which include reaching nearly 3 million annual kWh of solar energy production in 2010 and contracting for an additional 19 solar deployments in 2011. AT&T is committed to integrating sustainable business practices across its business and was recently added to Corporate Responsibility Magazine‘s 12th Annual 100 Best Corporate Citizens List. AT&T was also included in the 2010 Dow Jones Sustainability North America Index (DJSI) and in Carbon Disclosure Project‘s (CDP) 2010 Carbon Disclosure Leadership Index (CDLI).

LED Art Project Will Light Up San Francisco’s Bay Bridge For $30.14 Per Night

New Material ‘PlaCSH’ Can Triple The Efficiency Of Solar Power