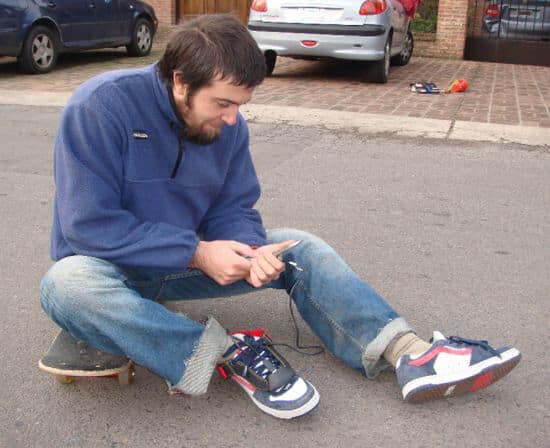 New solution has come to charge your cellphone when your mobile device is out of charge while you are outside of your home. The charger is basically a nanogenerator system which transforms your movement into electric energy, aka “kinetic energy.” The charger is attached with the shoe & plug your mobile with USB cable. The movement of your body (walk or run) will charge the battery of the cellphone. It’s a nice concept. Inspired by the skaters, Argentine Industrial designer Soledad Martin is trying to make renewable energy generation easy with a concept charger that harvests motion in any form to produce useful electrons. Martin has come up with a cellphone charger concept, based on the modern way of transforming movement into electric energy called the “kinetic energy,” The nonogenerator that can be attached to your shoe, where it can harness the energy of motion, while you’re practicing any kind of sport or even walking your dog. Whenever your cellphone of PMP runs out of juice, you can simply remove the lid and attach the USB cable to power up the batteries right there on the street. Via: The Design Blog

How Green is the iPhone [Infographic]