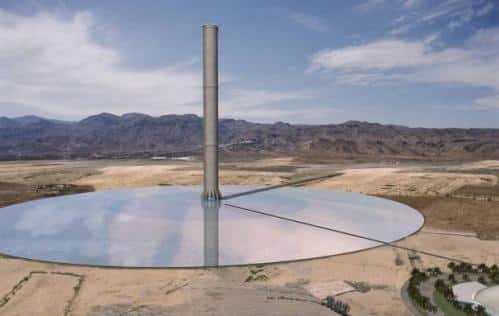 The notion of solar chimneys has been around for quite some time now. But until now, such projects involved concrete chimneys cost a huge sum. Per Lindstrand, a notable aeronautical engineer, has now proposed the design of a 3280-foot inflatable solar chimney which could deliver power to remote areas.

Lindstrand is the founder of Lindstrand Balloons, known for creating hot air balloons. His company has a repute in creating inflatable and lighter-than-air structures. The new inflatable solar chimney proposed by Lindstrand himself is a rather ambitious idea.

However, he is convinced that it is possible and has already embarked on creating a few demonstrations. Lindstrand Technologies, for instance, is already working on an 11-foot test model of the solar chimney. The success of this phase will lead to the creation of a 65-foot inflatable test chimney.

Once these two test demonstrations go forth smoothly, Lindstrand Technologies hope to acquire the requisite funds for its huge project. A conventional concrete chimney rising to 3280 feet costs nearly $750 million whereas the inflatable solar chimney proposed by Lindstrand is going to cost a mere $20 million.

The chimney will be able to make good use of Sun’s energy and using it, run massive turbines. The energy from these turbines will then be relayed to remote areas where more conventional power sources are not available. It is significant to note here that as per the proposed design, the inflatable solar chimney will be taller than Burj Khalifa or the Empire State Building when it is fully erected.

Silent Falcon: Solar-Powered UAV That Can Fly For 14 Hours On Battery