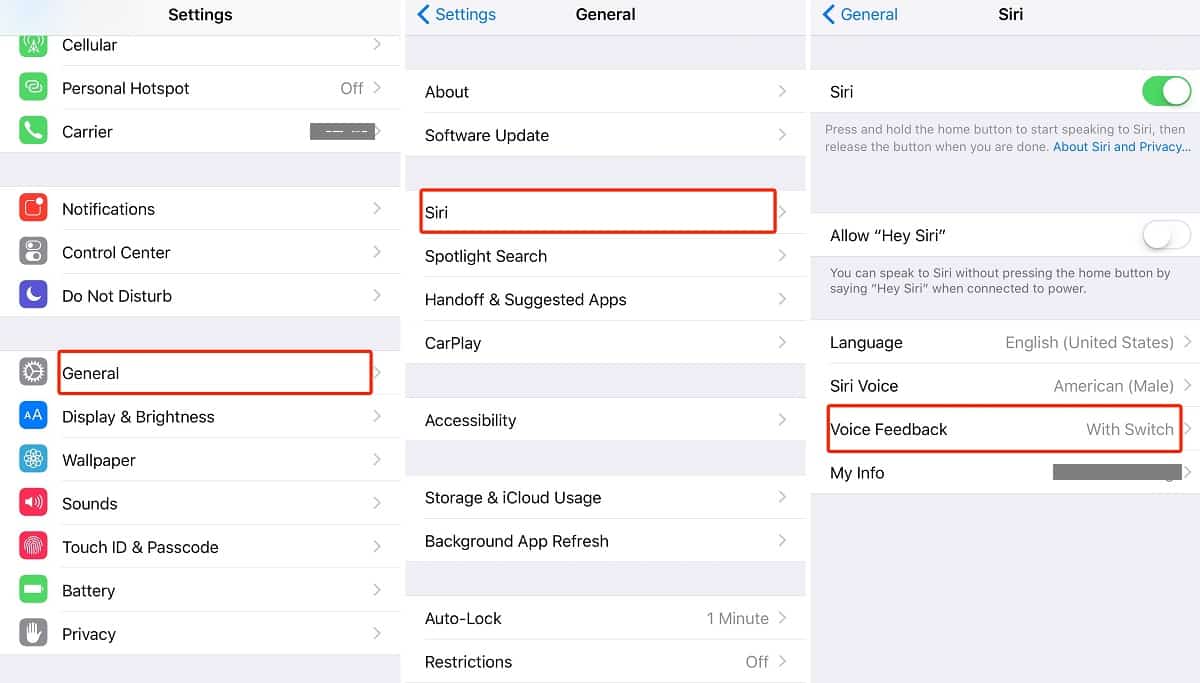 Usually, even if your iPhone is muted, still Siri’s voice is loudly chime. But now you can change the setting and silence Siri using your iPhone or iPad’s mute switch if you are using iOs 9. Check out this easy trick to know how you can do it. Sometimes when you are in silent places like office, churches or other important locations, it might happen that you have mute your iPhone using ring switch, but suddenly Siri starts talking loudly. To avoid this sort of situation, you can put Siri in silent mode using iPhone’s mute switch. Follow the step bellow to make it happen: Step 1: Open the Settings menu on your iPhone, iPad or iPod touch. Make sure, you are using iOS 9.0 or later version

Step 2: Go to the General and tap on Siri Step 4: Select ‘Control with Ring Switch‘ option from the middle in order to silent the audio feedback activity of Siri using your phone’s ring switch

Now whenever you put your iPhone on silent mode, Siri will be silent as well and it will reply only in text.