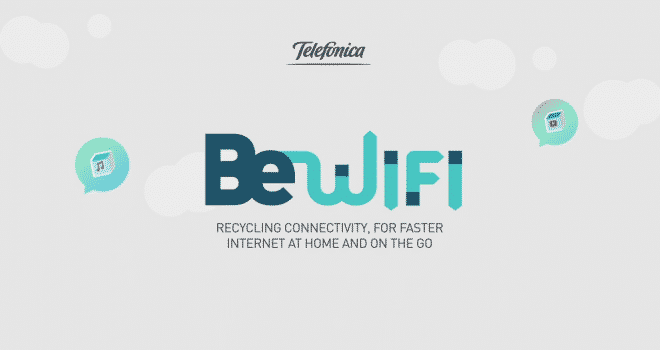 Imagine you need to download a file urgently at a given hour and your own broadband connection is not quick enough. What if you were able to use the spare bandwidth of a neighbor or two to speed things up? Telefonica has made it possible with BeWifi. The idea, coined by Telefonica, is a brilliant one. What if, at a given time, internet users in a given area could pool together all their bandwidth and whoever is using internet at that specific time gets to have best internet speeds. Within a community, this stands to benefit everyone.

According to Telefonica’s Director of Product Innovation and Research, Pablo Rodriguez, “Your broadband connection is not used 100 percent of the time. If you bring [connections] together smartly and manage to aggregate the spare capacity…[it’s] a much better customer experience.”

For now, Telefonica is implementing this technology by installing its own routers but as the tech evolves, the company aims to offer plug-and-play routers to customers, who can then install them on their own. But for the system to work effectively, Rodriguez says, the area in which BeWifi is being used must be a crowded community or a place with a lot of individual broadband connections.

For customers, this is a win, win situation because they get to use at least the speeds of internet their connection affords or at most, the additional amount of bandwidth offered by the community through Bewifi. So far, Telefonica has implemented the idea in Barcelona and the 1,000 customers who signed up for it are already getting double the speeds they pay for.

Interestingly, in some cases, even if a given customer’s own router was malfunctioning, he was able to use a neighbor’s internet. Such a mesh ensures that internet connectivity is available one way or the other, minimizing the times when you are not able to connect to the internet at all.

Rodriguez says that BeWifi is most effective in certain areas. According to him, “Where it provides the most benefit is in areas where the connectivity [is poor]. Where you need to do more with less, that’s where technology helps you.” In other words, BeWifi can be truly revolutionary in improving the internet speeds in developing markets where internet accessibility has significantly improved over recent years but internet speeds haven’t.