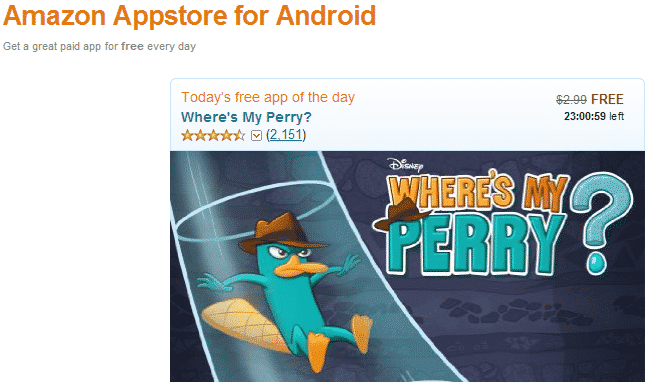 With the Christmas festivity in the air, many tech giants have stepped up to offer sweet deals. Amazon is now doing its part by offering $5 Amazon Appstore credit to anyone who downloads anything from the store. The best thing is that the deal is valid even for the download of free apps. So any Kindle or Android user can go straight to Amazon Appstore and download a free app, securing $5 credit. The deal will be valid until December 28, so you better avail it within the next three days or so.

Although the e-retailer’s most deals are limited to its home country, U.S., the company has decided to go international with this offer. According to Amazon, “For our international customers, they can get the $5 credit if they download an app from the Amazon Appstore via Amazon.com.”

At the same time, Amazon is feauring the full, paid versions of app in the ‘Free app of the day’ section. This essentially means that you can download the app featured in this section and use it for free for a full 24 hours. The fact that the section features such apps which are originally paid, makes this a sweet offering.

It is possible that the $5 credit being offered by the retail giant is actually meant to encourage users to purchase the apps featured in the ‘Free app of the day’ portion. We gotta say trying out these paid apps for free and then purchasing it with Amazon-furnished money isn’t all that bad a Christmas deal.

Anti-piracy Drive Sees New Developments – A Ruling And A Scam

Lenovo To Launch Mobile Broadband Service Under Own Brand