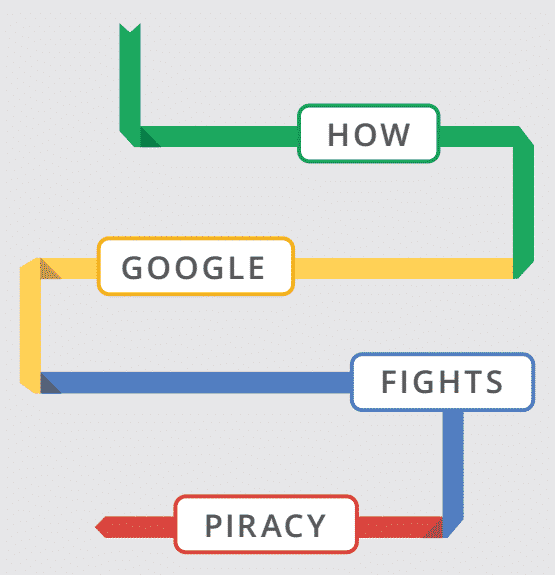 Google is the most popular thing to people for searching something over internet. Each day, the search giant receives millions of billions of questions, keywords and so on. However, one of the biggest things Google has to face is handling piracy. Recently in a blog post, Google has unveiled how it fights piracy in search results. According to Google, Google has updated itself and now it can fight piracy in search results in a better way than before. The updated version of its document “How Google Fights Piracy,” in which it dives into detail about what steps it’s taking to crack down on pirated content. This new version updates many of the numbers from the 2013 version and lists a few other developments in the past year.

Katherine Oyama, senior copyright policy counsel, said that the company has been testing new ad formats in search results on queries related to music and movies that help people find legitimate sources of media. For the relatively small number of queries for movies that include terms such as ‘download’, ‘free’, or ‘watch’, Google has begun to list sources such as Google Play, Amazon and Netflix. She also said, “We’re also testing other ways of pointing people to legitimate sources of music and movies, including in the right-hand panel on the results page.” Please note that these results show in the US only, but Google now has planned to continue investing in this area and planned to expand internationally. Apart from this, Google has also developed an improved DMCA (Digital Millennium Copyright Act) demotion signal in Search.

Oyama said, “In August 2012 we first announced that we would downrank sites for which we received a large number of valid DMCA notices. We’ve now refined the signal in ways we expect to visibly affect the rankings of some of the most notorious sites. This update will roll out globally starting next week.”

Now many terms are being removed from autocomplete, based on DMCA removal notices. Oyama has confirmed, “We’ve begun demoting autocomplete predictions that return results with many DMCA demoted sites.”

She has also confirmed that to strengthen relationships with users, Google will “continue to invest in combating piracy” across all its services. For more details, hit the link below.

Google Maps Show Dead Body Of A Boy Murdered In 2009