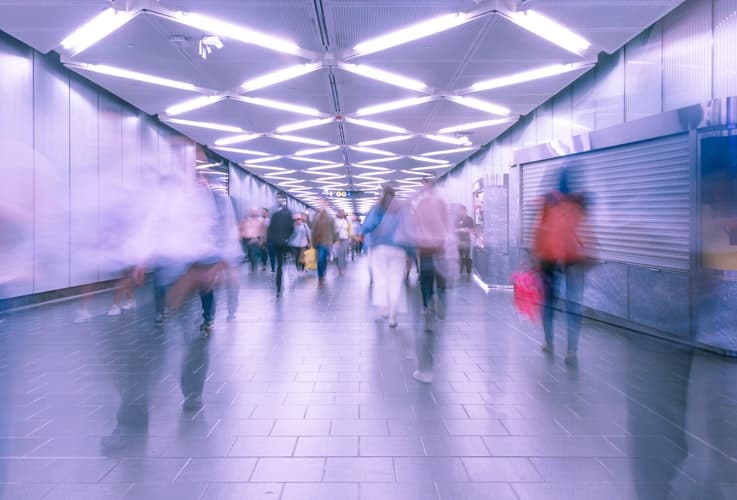 Internet-based solutions can improve our lifestyle to unimaginable extents. And needless to say, the thought of its implementation in building Smart Cities isn’t something new. Can we solve urban congestion with IOT implementation? As days pass and more technological innovations emerge with the potential to disrupt the traditional lifestyle of an urban dweller, we are observing various newly developing problems clouding the very aspect of mobilizing through a city landscape.

These problems are centered around issues such as enough parking spaces for all, diverse transportation channels inside the city, enough facilities for elderly and so on. How can we solve this using AI and IOT? Through IOT we can build a robust monitoring mechanism to locate free parking space and communicate it to potential parking space seekers. This will stop the drivers from burning extra fuel and driving randomly for a parking space.

Another way to reduce the abrupt traffic movement is by creating profiles of citizens living in a city. By analyzing their daily movements, authorities can formulate better plans. But it would be very irrational to monitor and tailor solutions for individual citizens. Rather a better idea would be to formulate better solutions based on aggregate data on traffic movements.

Another, somewhat creative use of IOT can be in reducing Urban Air Pollution. We can setup IOT systems that capture the elements inside a City which emit the most Greenhouse gases, their intensity. These data can later be used to formulate plans for reducing Air Pollution inside the city.

We can do so many things with IOT. But there are some serious obstacles. Adapting to an IOT based solution to tackle urban problems means moving away from the traditional tools that are being used for decades. This means we need to follow some lengthy policy formulation procedures to integrate IOT based solutions into mainstream city administration tools. At the same time, we cannot ignore the fact that building a pilot project is also going to be costly!

What are your thoughts on the issue? Do you think IOT can improve city lives? Share your opinions in the comments section. In the meantime here is a quick blog on VR In Healthcare: What To Expect?

Cablevision And Viacom Resolved Issue For Live TV On iPad

Outside US, Apple Pays Only 2% Corporation Tax