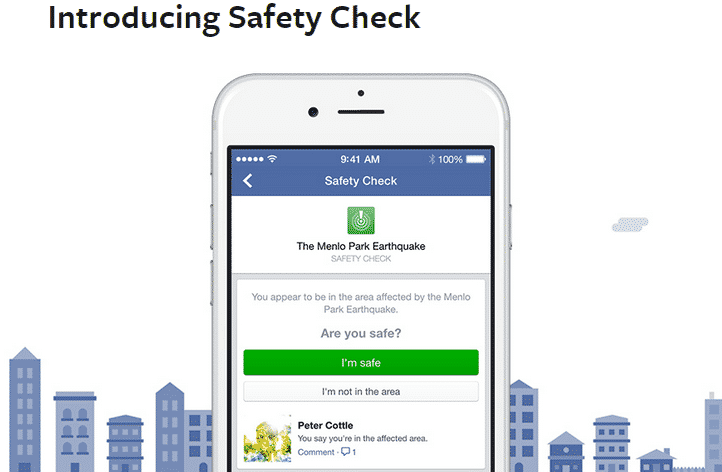 Facebook is always trying to improve itself and for this, it never fears to take new challenges. Earlier we have seen Facebook launching many tools. And now, Facebook is launching a new tool called Safety Check that will notify the friends and family members of a user that if he/she is safe during or after any natural disaster. People already use Facebook to tell people they are OK after earthquakes and other disasters but Facebook says the Safety Check tool will make it easier. It grew out of a disaster message board that Facebook engineers created in 2011 following the earthquake and tsunami in Japan.

Once users activate the tool, it will determine their location using the city they have listed in their profile, the last location they’ve shared or the city where they are using the internet. If they are in an area affected by a natural disaster, Safety Check will send them a notification asking if they’re safe. If they say yes, their Facebook friends will be notified. There’s no option to say No. Users can also mark their friends as safe, but the friends have to approve it. Safety Check will be available worldwide to the social network’s 1.32 billion users on computers and mobile devices. This includes the basic “feature” phones many people still use to access Facebook, especially in developing countries. Here’s a video of Safety Check.