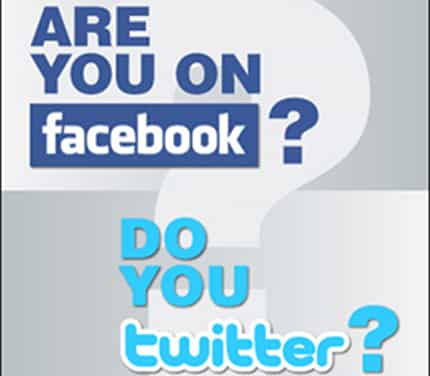 Facebook and Twitter are essentially social networking sites, one where you could express and share more of your personal stuff with friends, fans and followers rather than being news sources. But as many of the major news networks, publishers and experts are on these social networking sites, and people are fans of their pages and follow their tweets, then it could be said that they also serve a purpose of being a news resource. However, not many people do that. But they are still good platforms to share opinions, ideas and to generate a lot of debate and discussion, which is important for evolving societies. According to The Verge, an interesting research by Pew Research Center shows that only 10% of people rely on Facebook and Twitter for news. This means that it has nothing to do with their following a news story on Facebook and or Twitter, but rather about them trusting a news story itself.

Strangely, this mistrust exists. It could be because people are used to hearing news on television channels or reading about it in newspapers or journals. But these traditional main stream media outlets have also come under harsh criticism for not knowing what their responsibilities of journalism and reporting is and also for being highly biased toward an issue or a party, whatever they favour for their own self-interested policies.

The researchers at Pew arrived at this conclusion after they had survey about 3,000 people and found that only 9% got their news primarily from people they follow on Facebook and Twitter. Hence, the view that Facebook and Twitter are becoming major sources of news needs a reality-check, it is not so. The study also found that 36% of the people get their news directly from news websites. Some 32% search for the news online and 29% of the people uses news aggregating sites to find articles to read. Hence, it all shows the importance of news websites, news aggregators and also search engines ability to rank important and better covered news a subject first.

It is also logically and seems fitting that despite Facebook and Twitter having news media outlets on their social networks, are not the primary news sources for users online, because basically a Facebook Page or a Twitter account does only inform people that a news has been posted or tweeted and this is what is it, which means just the headlines. To get the detailed news, users will always be going to other sources, like news websites or searching for the news they want themselves. Within Facebook, the Pew study also found that 70% of the people rely on their family and friends for the news and 36% do this on Twitter. Also Twitter has a different type of news followers as they directly follow journalists and news publications to get their news.