In 2012, the Super Bowl was mentioned nearly 6 million times during the game. Clearly, this year, the social media activity was three times as large as last year. Super Bowl in itself is a huge enough event but to top it, this year’s game had some unexpected instances.

For instance, right through the game, the Superdome suffered a power failure of 34 minutes, forcing the game to halt. The total number of Super Bowl mentions during that half hour topped 5.8 million.

Then there was the rather unexpected performance by Beyonce, lasting a whole 12 minutes and stirring nearly 3.1 million mentions online. The rest of the mentions were mostly about the game itself, the ads played during the game and other more trivial events of the day.

In total, the overall social media activity triggered by the game was 49% positive and 26% negative. The negative part can be mostly ascribed to the nearly half-hour long technical difficulties that occurred during the game.

88% of the social media mentions of the super game were made through mobile devices – of these mobile devices, 60% were iPhone, 28% were Android and a paltry 5% were BlackBerry.

Trendrr has created a very interesting infographic detailing the social media activity that happened through the Super Bowl this year. The infographic is posted below, so go ahead and feast your eyes with big numbers. 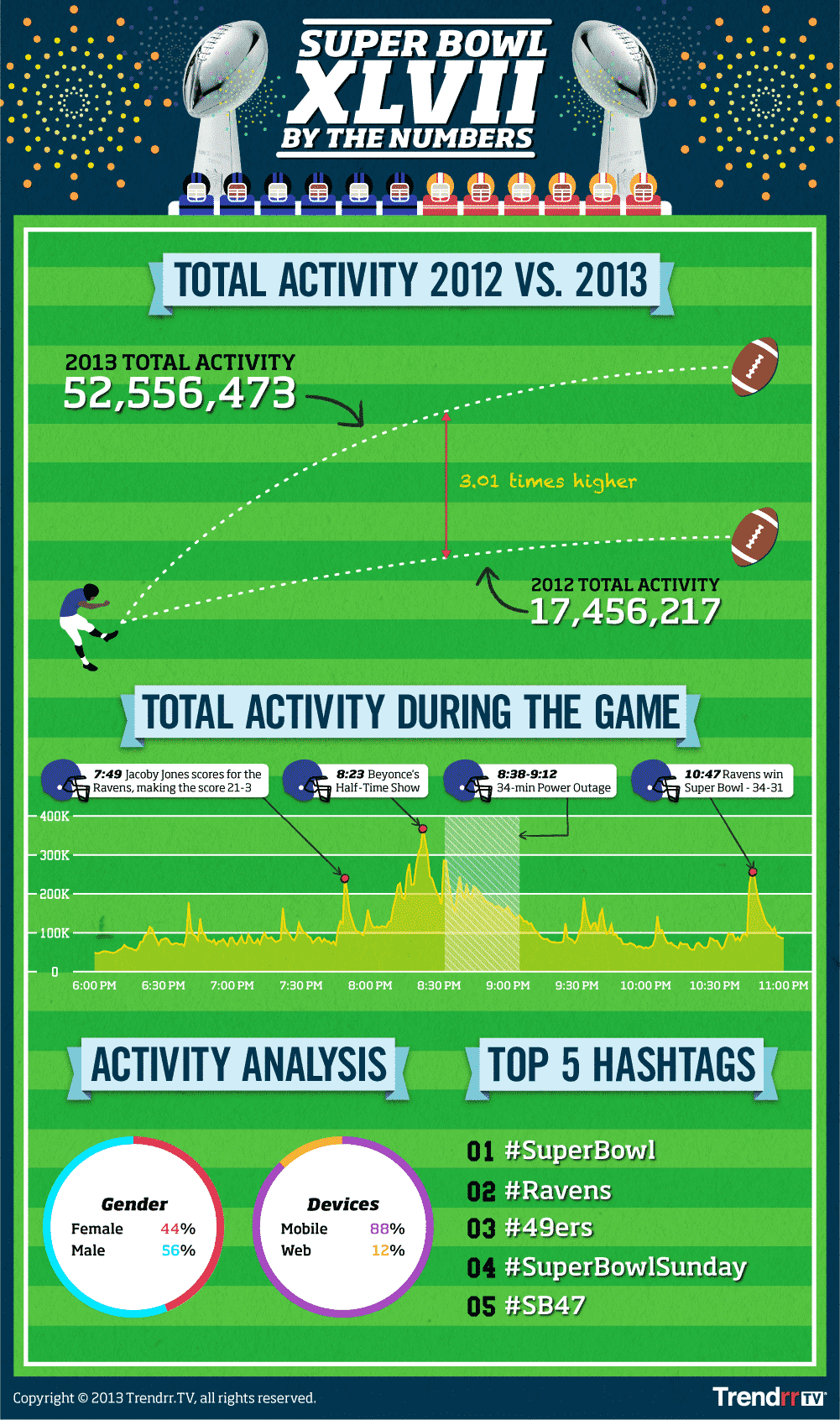 Google Play Malware Can Infect Your PC Via Mobile Device

Top 5 Dating Apps To Find Someone Special On This Valentine’s Day!