Wanting to “leave a mark on the world”, Cathy Matthews from Sacramento managed to set one of the most futile World Records: the most comments on a single Facebook post. The passionate Frontierville player, Matthews decided one day that the crop harvesting and tree chopping in the game are not challenging enough and set up a new target. 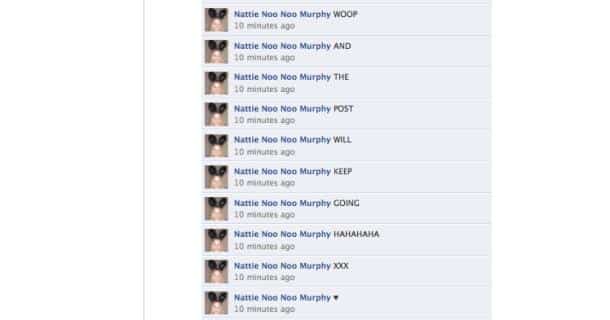 She managed to convince her 107 friends to join her in the pursuit for the new challenge and the whole group started to put their minds together to help her in the effort to break the record of 500,000 comments following one post. Matthews and her friends then posted one-word comments, many as simple as “go”, repeated frantically over and over again.

The quest started at the end of last October and recently, the group announced the success with the post almost doubling the previous record. Yesterday, the post reached at 1,001,552 comments and the number is still growing. Now, Matthews can at least show off very dedicated friends who posted an average of 9,300 comments to help hear.

Tracey Hodgson and Nattie Murphy, two of the loyal friends who were part of the troublesome challenge explained they needed to show the world what a group can do when all work together and show solidarity.