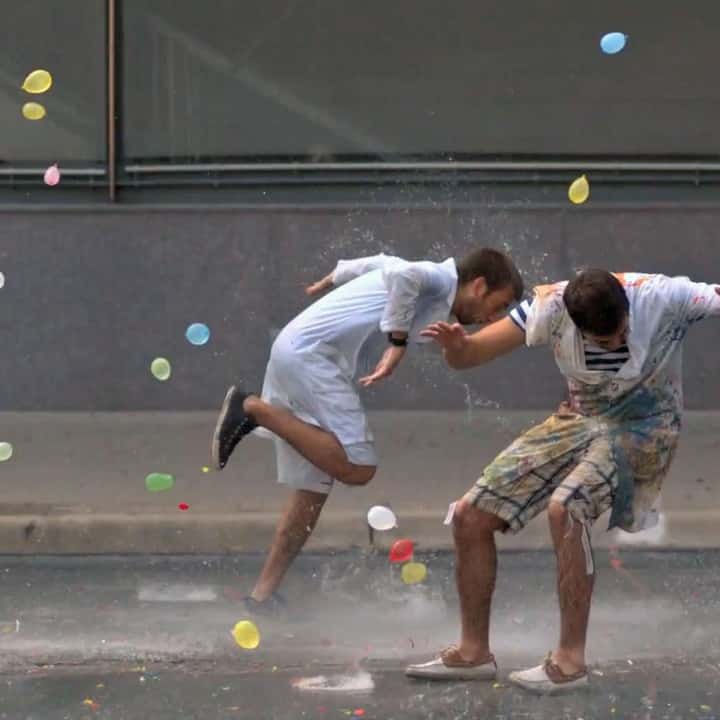 Slow motion videos are really fun and so are balloon fights. The Slow Mo guys came up with the idea of bringing together the two and show a balloon-fight, comprising of some 1500 participants, in slow motion. The resulting video offers a really cool effect and is posted below. Since time immemorial, or at least since as long as balloons have been around, balloon fights have been a popular mode of entertainment and fun. However, when you bring together more than 1,000 people to take part in a balloon fight, you are seriously ramping things up.

This is precisely what Gav and Dan did. The duo are popularly known as the ‘Slow Mo Guys’ and regularly post videos of really cool stuff shown in slow motion. In this latest video, the two stood in front of some 1500 people who, equipped with water balloons, targeted Gav and Dan.

In slow motion, one can actually see balloons hitting the head, chest and ribs of both guys. The video was shot at 2,500 frames per second and is posted below. Have fun!