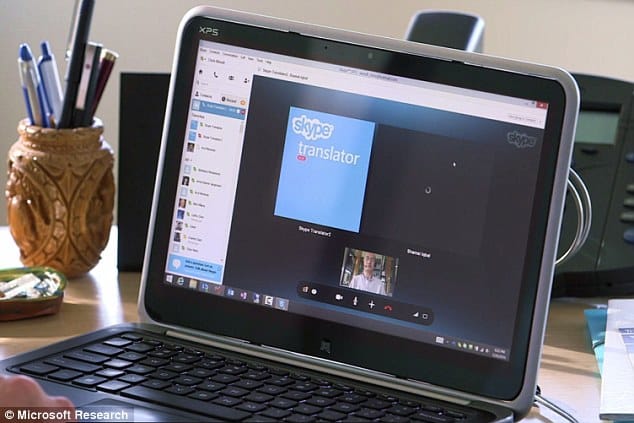 Talking to people who speak a different first language is no easy task. Although apps like Google Translate has made life somewhat easier for people who have to communicate online with foreign folks, they barely have any advantage when it comes to face-to-face communication. Skype, being one of the most popular apps in the field of communication for bridging the gap between people living in different parts of the world, has taken a step forward, and is currently testing Skype Translator, which can translate your language in real-time. Upon using this feature, you will not have to know any particular language in order to talk to foreign people. All you have to do is speak legibly, and your words will be translated to the other person. Here is a demo of how Skype Translator will work.

There will also be a transcript of your words on the screen like the image below.

Skype IM chats can currently be translated into 45 different languages. But currently, Skype is only providing a preview version of the original feature. Being a brand new technology, it is still being tested for possible drawbacks and Skype is trying to make the experience the best for their users. It will only be available for Windows 8.1 supported computers and tablets, and only a few languages will be offered for the time being. However, Skype hopes to expand its services to more languages soon.