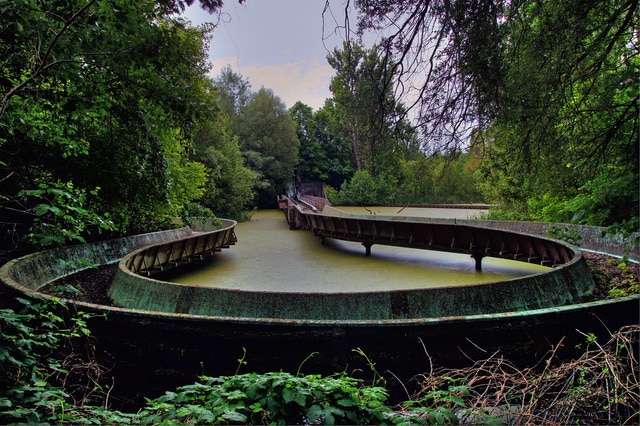 The amusement park was originally built by the Communist government from when the area was still East Germany, back in 1969. Apparently, the park was quite a sight since it was one of its kind in both East and West Germany. A huge ferris wheel adorned the park when it used to be functional.

After both parts of Germany merged back into a unified nation, the park was overtaken by Norbert Witte who perked up the site by offering new rides. Interestingly, Witte later became involved in selling cocaine and was eventually apprehended by the police. The park has been abandoned since 2002 and is now up for sale through an eBay listing. The former owner lives on its premises in a trailer and doesn’t exactly seem to be doing very well. Although the rides haven’t been worked for quite some years now, the park appears to contain a whole treasure-trove of things that could be yanked back to active work. But a price tag of 1.62 million euros means that only a very rich man with some eccentric tastes could possibly stake the money for the location. If he does, though, I’m sure many of us would love to visit the place and partake in the amusements.