Block 39 by OFF Architecture

Paris-based OFF Architecture have unveiled their designs the Block 39, Center for the Promotion of Science competition. The entry, proposing an extremely ambitious structure for Serbia’s capital Belgrade, did unfortunately not enter the competition – bad weather made the submission arrive past due time. Block 39, center for science of Belgrade could also become the symbol of modern Serbia. 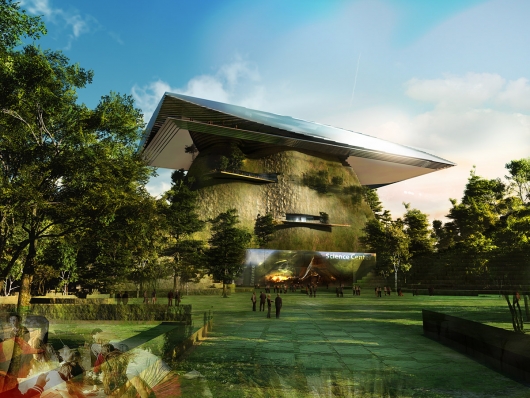 Using serbia’s natural traits as a point of departure–floating horizons, rocks, broadleaved trees, the danube river–the new science center serves as a bridge between the country’s historical context to the region’s future. the depth of the landscape is expanded to partially isolate the block from its immediate surroundings, closing off the noise of cars with trees and artificial waterfalls.
visitors are made to feel as if they are entering a completely different environment from the city, where architecture becomes landscape and landscape becomes architecture. 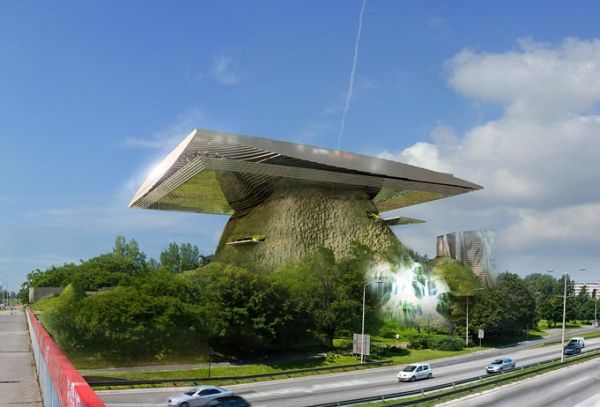 Housed in the ‘body of the building, a planetarium and a conference room are accommodated on two different levels. superimposed into the mass of the mountain, each space will overlook the town with very specific framing of views. a museum and laboratories make up the single object balanced on top of the mountain with an observatory terrace leading visitors from the ‘rooftop’ restaurant. 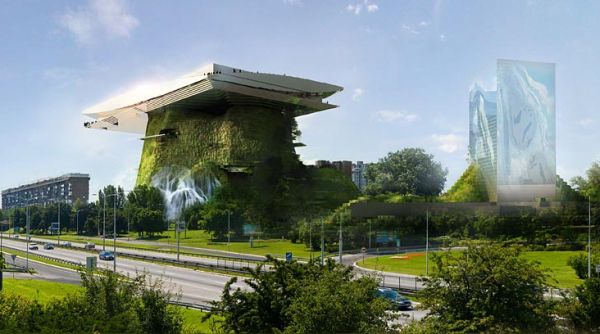 This project is a recognizable shape in Belgrade’s skyline, that of an urban microcosm within the city. Contrasts created by reflecting objects between the trees, transparency, sunrays diffracted by waterfalls, all this creates something unique, almost magnetic, which draws people from afar. We think this building, as an architectural entity, could become an unmistakable symbol of the city, thanks to its approach of the own environment where architecture becomes landscape and landscape becomes architecture. 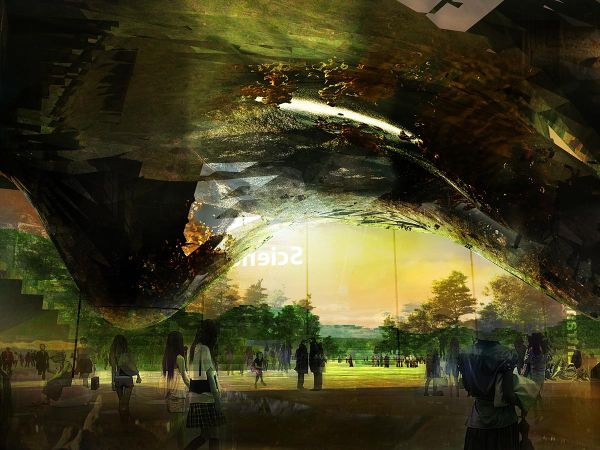 The project also includes a planetarium that is a scientific tool designed to watch the celestial dome and the conference room is designed to be a place to learn about science. These two architectural objects will be two distinct emblems, each with its own stage. The museum and laboratories form a single object floating above the mountain, creating an urban anchor point to enjoy a panoramic view of the city. Moreover, observation spots will be placed in upper and lower levels of this architectural entity to restore the building to the city and the city to the building. 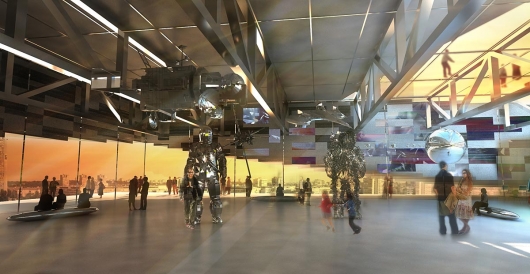 The design of the trees is very accurate. The outlines of the branches and leaves are distinguishable from the background. Randomness has nothing to do with the design of this block: it is very precisely displayed and makes reference to several well-known places in Serbia. We will also play with the scales to give the impression that the mountain is much bigger than it actually is, thus leading the project to have greater prominence in the city. From an architectural point of view the first thing that must be done is to reconfigure Block 39, to allow a more mythical character. All major cities in the world created a recognizable symbol by building a world-class science centre. We believe this island within the modern city, with its delicate design, its fitted architecture and its precious flora has the potential to become a particularly powerful symbol. 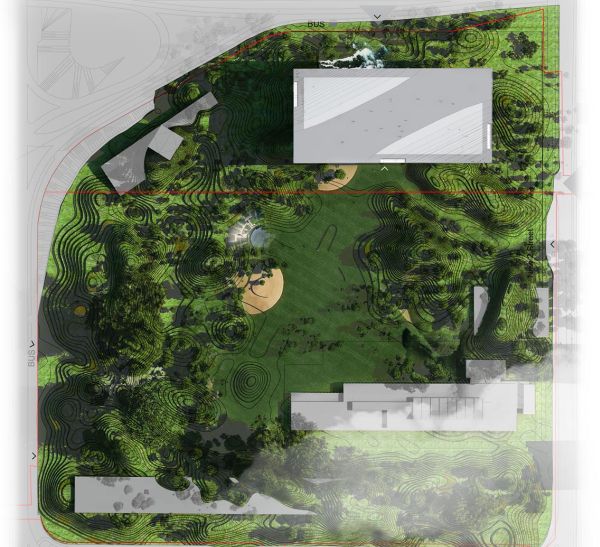