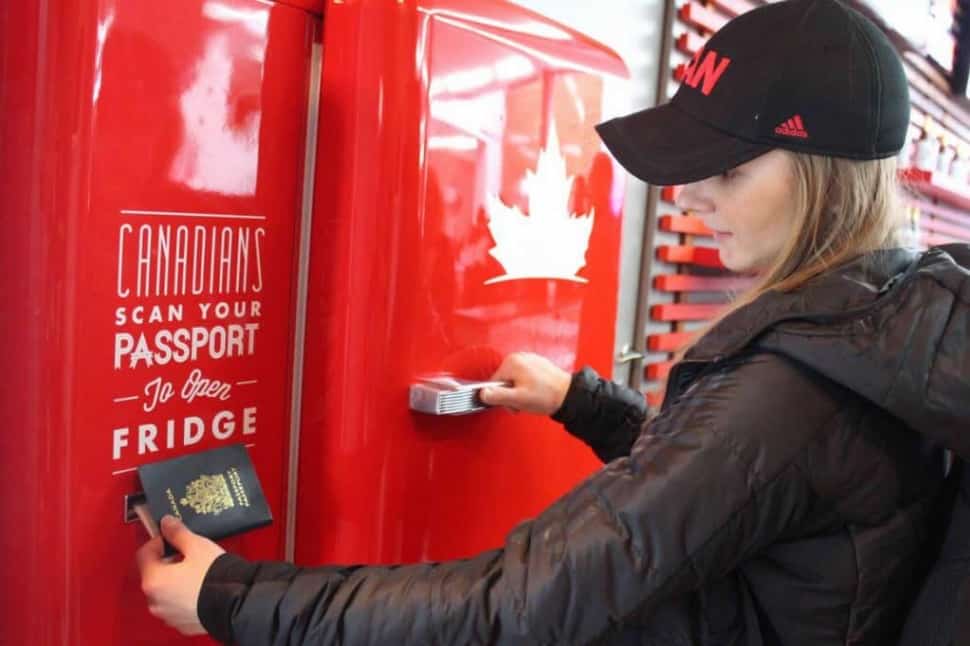 Canada’s Olympic house in Sochi has a neat trick up its sleeve. It features a beer fridge which opens after you insert a legitimate Canadian passport. In other words, if you want a beer out of that fridge, you need to be a Canadian or have a Canadian friend. The beer fridge has been designed and created by Molson Canadian, who tested out the fridge prior to the Sochi Olympics by placing similar units at different locations around Europe. Like the fridge at Sochi, the beer fridges at the other locations required inserting a Canadian passport to pop it open.

At the back end, a photo is taken of a passport as soon as it is inserted into the slot to the left of the fridge. A computer attached to the fridge analyzes the passport and then verifies whether or not it is authentic. Once the passport is deemed authentic, the fridge is opened.

Naturally, once the fridge is opened, you can snag a lot more than a single beer. But here’s the catch. For non-Canadians, this still requires finding a Canadian friend and asking him or her to help with acquiring the free beer. So in a way, the whole stunt will also help build a lot of goodwill for the country at Sochi.

Filmmaker Decides To Live Open-Source Life For One Year