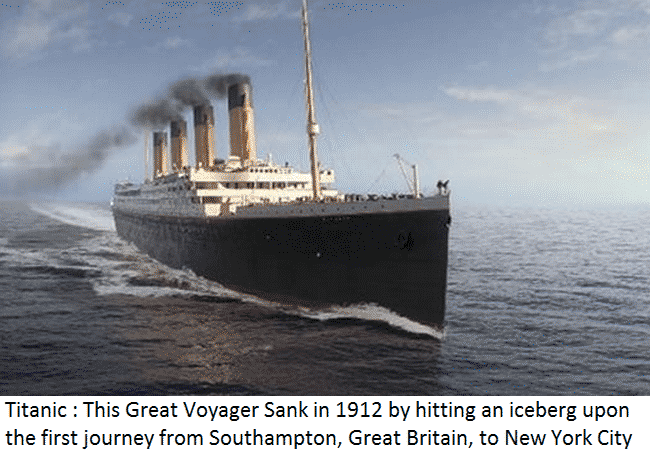 Thanks to James Cameron that he made the film Titanic. I would never knew or got the idea, what happened that time, if I wouldn’t see the movie. Titanic sank on 15 April in 1912 in North Atlantic Ocean after striking an iceberg. The ship is still under water. Researchers are still trying to get the exact incident of that day in details. Now researchers claim, they have a comprehensive map of the entire debris field which has never been made. Exclusive documentary is coming on April 15. The legal custodians of the titanic’s wreck, RMS Titanic Inc. along with Woods Hole Oceanographic Institution and the Waitt Institute led an expedition. A crew from the History Channel covered the whole documentation of that expedition. Researchers deployed 2 independently self-controlled robots that moved along the bottom of the ocean day and night in order to explore the whole site deeply with side-scan sonar. The robots traveled at slightly more than 3 mph in a grid pattern. The 2 robots snapped total 130,000 high-resolution photos in a smaller section of the debris field. They measured the field area (2 miles x 3 miles) where the bulk of the titanic’s debris was scattered. Though explorers of the Titanic had information for more than 25 years that, where the bow and stern landed after the vessel struck an iceberg, unfortunately previous maps of the floor around the wreckage were incomplete. But using a computer software, the researchers stitched the photos that the robots captured and made a large, detailed photo mosaic of the crash site. “When you look at the sonar map, you can see exactly what happened,” said Paul-Henry Nargeolet, one of the expedition’s leaders who has been on six Titanic expeditions, the first in 1987. “With the sonar map, it’s like suddenly the entire room lit up and you can go from room to room with a magnifying glass and document it,” said Parks Stephenson, a Titanic historian who consulted on the 2010 expedition. “Nothing like this has ever been done for the Titanic site.” “This is quite a significant map,” said Charlie Pellegrino. “It’s quite a significant advance in the technology and the way it’s done.”

According to the in-depth investigation, the researchers claim, Titanic did not sink in the water the way it was shown in the movie, rather it went down into the water spinning like a helicopter blade. Researchers got more excited information by analyzing the patterns on the muddy ocean floor.

As, Titanic has a lot more stories to tell, so History Channel brings the two-hour exclusive video documentary on air on April 15. May be, the whole mystery is coming after 100 years.