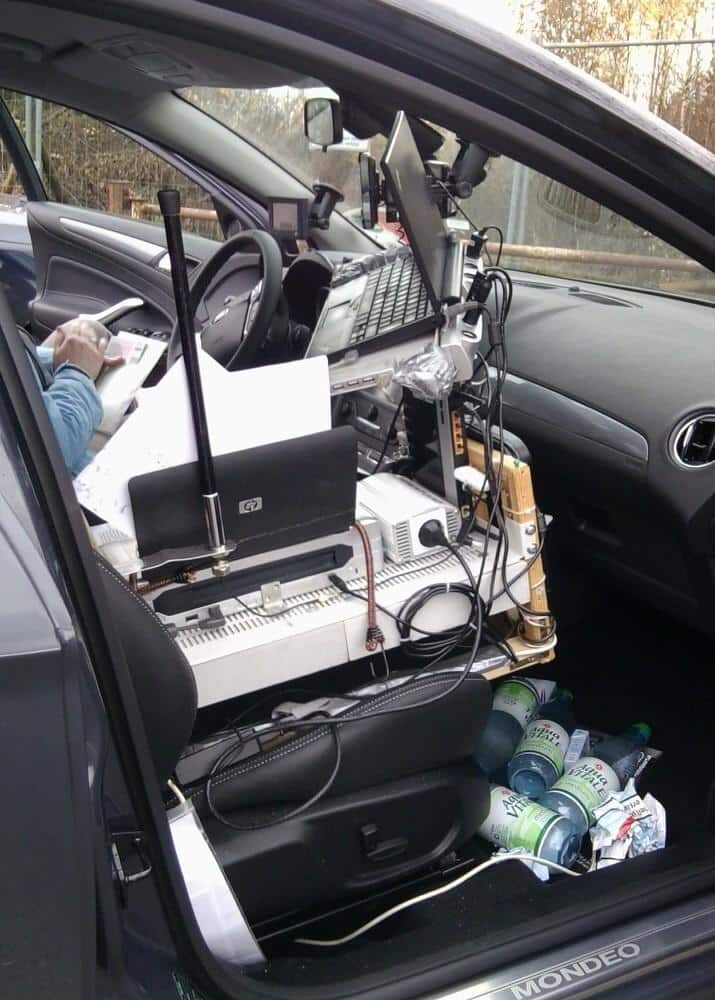 It is said that texting while driving is dangerous. But how about having an entire mobile office in one’s car, stationed right atop the passenger seat? German police recently stopped a man for over-speeding and found out that he had set his car with a laptop, a printer, a router, and a lot more. The police stopped a Ford station wagon when it was driving at 130 kph in a zone where the top speed limit was 100 kph. When they stopped the vehicle, they were fairly astonished to see that it hosted an entire mobile office.

The owner of the vehicle had a special wooden frame installed on his passenger seat. The frame contained a laptop which was positioned on a special docking station so that the driver could access it easily. It also hosted a wireless internet stick, a router, a printer, a WLAN antenna as well as a navigation system and cellphone positioned squarely right next to the windshield.

To power it all up, the man had connected an inverter with it. What is even more interesting is that simply by having it all installed in his car, the man didn’t exactly violate any law, especially because the police had no proof that he was making use of these accessories while driving. So the police simply had to give him a ticket for over-speeding which cost a mere $153.