When somebody is missing, that news is spread as much as possible through a lot of media/people. Journalists know very well what they need to do to alert people to find a missing person. We have sees journalists reporting on missing people and some other people finding them. But in the case of Cameron Polom, he not only covered a report of a missing child, but also found that child. 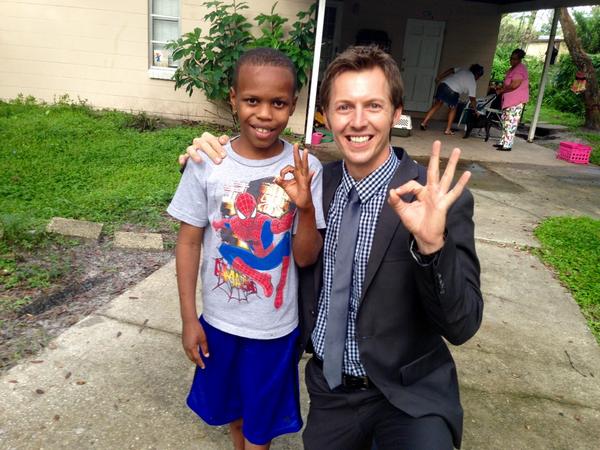 Reporter Cameron Polom works in ABC Action News. Few days ago, he covered a report on a 10-year-old missing child named Paul Ezekiel Fagan in Florida who lives with his grandmother. It was reported that 10-year-old Paul Ezekiel Fagan was last seen around at 4:00 p.m and his grandmother was unable to find him by 8:00 p.m. So, she called the police.

Although the report of Fagan missing was made, no one found the child. The authorities searched overnight, aided by helicopters and the sheriff’s dogs, but rainy weather made the task more difficult. But the twist comes then. Reporter Polom was walking through the Fagan’s neighborhood shortly after a news conference to alert the media of the missing child. At then, he noticed the missing Fagan near a bush in his neighbor’s yard. Polom then asked the boy if he had been missing and if he could pick him up. After confirmation, Polom then turned him over to nearby police who quickly handed over the him to his family. 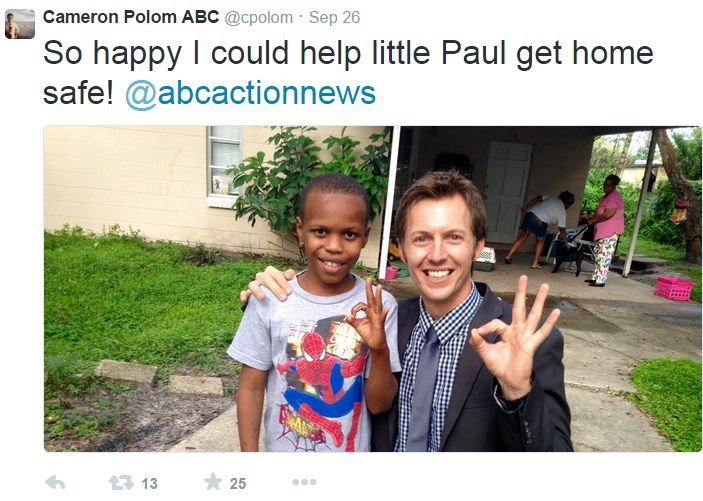 Polom said, “There was a sense of relief from everybody there, all the journalists, all the investigators. And seeing the family respond the way they did, it was awesome.” Polom tweeted, “So happy I could help little Paul get home safe! @abcactionnews” 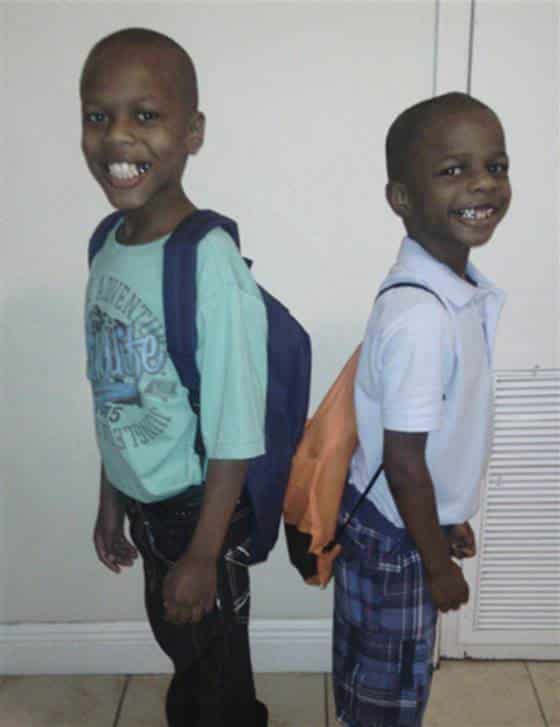 Note that, when Fagan was asked why he was hiding near a bush in his neighbor’s yard he replied that he had left home to get some space from his younger brother. However, now Fagan and his family members are happy. Here’s a video for you.

Google To Offer Unlimited Drive Storage To Students And Teachers