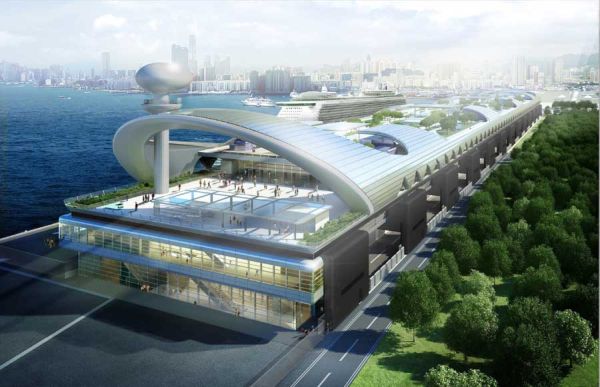 Reinventing the site of the former Kai Tak airport as one of the world’s foremost cruise terminals, the project will create a sustainable new gateway to the city and a major entertainment destination for residents.

The blatantly unique feature of this design is the site that was chosen. It was previously the location of the former Kai Tak airport, and the southwestern tip of the old runway actually has a special and rather expansive view of the iconic Hong Kong Island and Kowloon. Coming to the zoning aspect, the structure will also act as mega recreational facility other than being a cruise terminal. The main collective spatial element for recreation would be the large public roof garden, with open and sheltered spaces for picnics, outdoor dining and even wedding banquets. This circulative space will be accessible by a gradually ascending paved public walk. 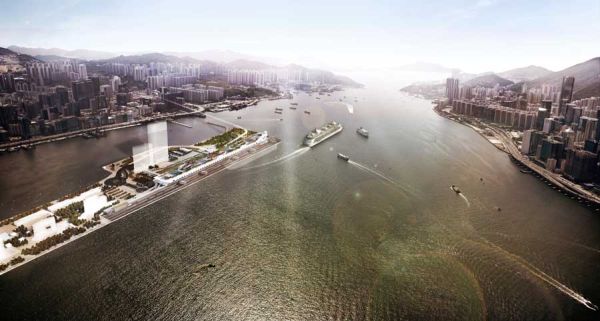 The terminal will have the capacity to disembark a total of 8,400 passengers and 1,200 crew and its design also anticipates the demands of a new generation of larger cruise liners currently being designed. The spacious interior, which spans 70 metres, is highly flexible – the concourse areas can be converted into a venue for performances, events and exhibitions, supported by the terminal’s wide variety of restaurants and shops – this ensures that the building will be used all year round and can fully utilise down time. The sustainable design combines a number of energy saving measures and will generate power from renewable sources, as well as making use of recycled rain water for cooling. 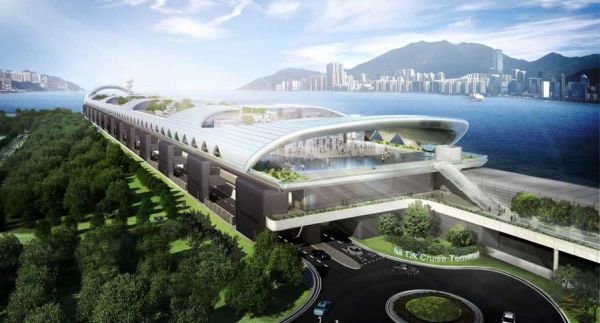 In the pompous ceremony arranged for the laying of foundation stone, Mouzhan Majidi, Chief Executive of Foster + Partners, said:

Today’s ceremony marks an exciting moment in the reinvention of Kai Tak – we were delighted to win the competition to design such an important new gateway to the city. The terminal will establish Hong Kong as a major cruise hub in Asia and, together with the West Kowloon Cultural District, will further enhance the city’s position as a centre for tourism and culture.