Nasa Satellite Falling Down On Earth In Small Pieces

Nasa satellite coming down on the earth somewhere, but no exact timing has been declared from the Nasa. Nasa is monitoring the Upper Atmosphere Research Satellite which is 6-ton. They said it would re-enter Earth’s atmosphere during the US afternoon but no place has been assumed. The satellite should be somewhere between 57 degrees north and 57 degrees south, but any debris would most likely in the ocean, the space agency said. 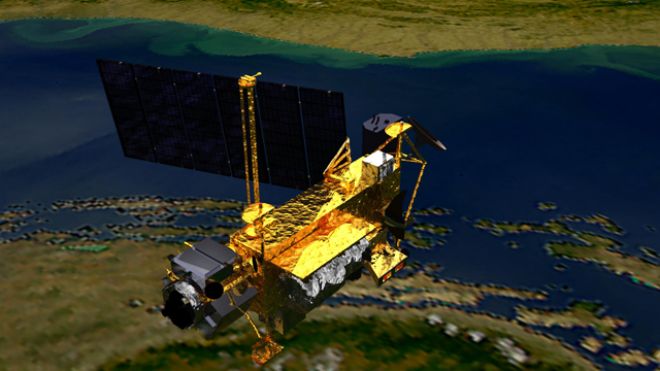 NASA Confirms This May Had The Highest Temperature Like No…

The old research spacecraft was targeted to crash through the atmosphere sometime Friday night or early Saturday, putting Canada, Africa and Australia in the potential cross hairs, although most of the satellite should burn up during re-entry. The risk of being injured by falling debris is incredibly slim, with a 1 in 3,200 chance of any human being struck by a piece.

NASA expects about 26 large pieces of the UARS spacecraft to survive re-entry through Earth’s atmosphere and reach the planet’s surface. The biggest piece should weigh about 300 pounds. The spacecraft is the largest NASA satellite to fall from space uncontrolled since 1979.(foxnews)“It is still too early to predict the time and location of re-entry with any certainty, but predictions will become more refined in the next 12 to 18 hours,” NASA officials wrote in the latest update.

Lets pray is burnt into ashes before touching ground or fall into deserted place where nobody lives. We will update you more about ASAP, and if you have anything to share let us know via comment or contact page or email. Check out a video below:

A Meteoroid Streaked Through Sky Over East Coast Last Friday

Study Finds Arctic Gets Greener Due To Climate Change

USA To Test Hypersonic Aircraft Today, Can Travel From London To New York In 1 Hour