The Testament of Solomon is an old testament pseudepigraphical work ascribed to King Solomon of Jerusalem. The text is only found in Christian sources and is not in the Jewish Tanakh or other Jewish sources. However, archaeologists now have discovered 3,000-year-old inscription that may prove biblical tale of King Solomon.

Solomon was a King of Israel and he ruled from 970 to 931 BC. He also came to be known as a magician and an exorcist, with numerous amulets and medallion seals. The Testaments of Solomon describes how Solomon was enabled to build his Temple by commanding demons by means of a magical ring entrusted to him by the Archangel Michael. The Hebrew Bible credits Solomon as the builder of the First Temple in Jerusalem. 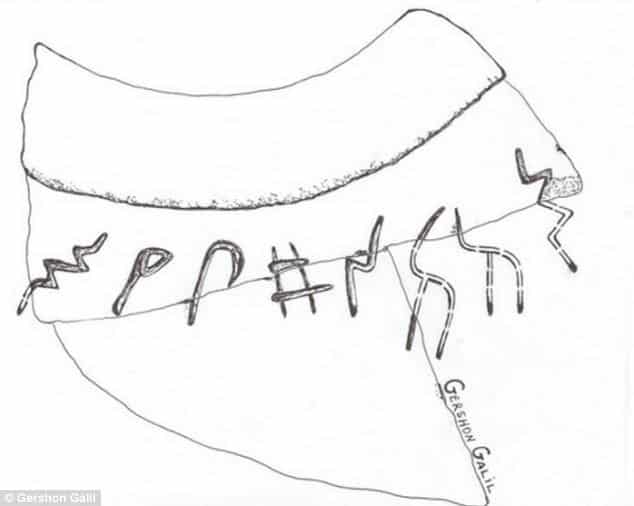 However, the archaeologists of the Archaeological Institute at the Hebrew University of Jerusalem believe the 3,000-year-old inscriptions that they have found in the Ophel area of the city, south of Temple Mount, are tale of king Solomon. The inscription is 8 letters long and is engraved on a large clay pitcher in the second half of the 10th century BC in Biblical times, which was used to store cheap wine. They found a word on the pitcher that reads ‘yayin’ or wine.

Dr Jonathan Stokl, a lecturer in Hebrew Bible and the Old Testament, from King’s College London said, “The inscription is written in what is variously called “proto-Canaanite” or “late Canaanite” script.

Although, some experts have mentioned that the writings are in an ancient near Eastern language, but Gershon Galil from the department of Jewish History at Haifa University believes, it is actually a form of ancient Hebrew.

Galil explained the first missing word ends with ‘mem,’ which is the final part of the word for the 20th or 30th year of the kingdom and effectively dates the wine. The middle portion or ‘wine, part’ indicates the type of wine contained in the jar and in the Ugarit language from northern Syria, a similar word to ‘yayin’ means the lowest quality of wine. The final letter has been cut off from a longer word, but Galil thinks it could indicate where the wine came from.

Galil said, “This wine wasn’t served to Solomon’s emissaries, or in the temple, but apparently was for the slave construction workers who worked in the area.” He also said that he believes the inscription supports stories that tell of complicated administrative systems and a strictly hierarchical society.

The study has been published in the journal New Studies on Jerusalem.