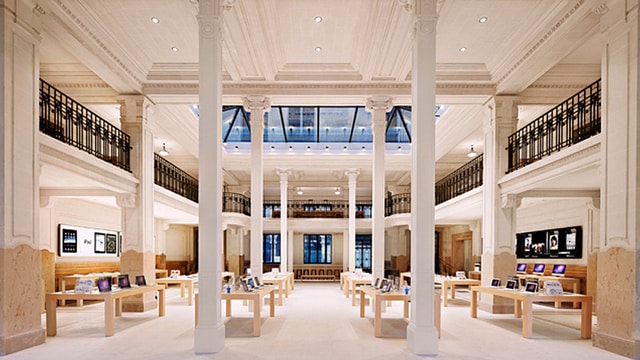 New year’s eve is usually the time for celebrations, drinks and partying. A few armed robbers in Paris thought that it also made for a great time to rob Apple Store in Paris. And they broke into the store and made away with $1.32 million worth of stuff. The robbers had apparently planned their raid quite carefully. On New Year’s eve, a significant crowd of thousands was busy in New Year celebrations at a place nearby. Most of the police’s manpower was concentrated in the area to stop any untoward incidents from happening.

So the robbers thought this as a golden chance to make their way into the Apple Store which was at some distance from the site of celebrations. According to reported accounts, five men who were masked and armed entered the store at about 9 p.m. They overpowered a security guard or a janitor, the accounts vary on this much.

After nabbing their only resistance, they headed straight to the stock room and comfortably loaded all they could lay their hands on, in a truck. It took them nearly 40 minutes to do so. And then they took off, taking with them Apple goods worth $1.32 million.

According to Christophe Crepin of French Police, “They prepared their coup pretty well.” And since “the essential bulk of police forces were mobilized to patrol the Champs-Elysées, the thieves clearly profited from the opportunity to make their move.”

Meet Two People Who Are Willingly “Living Off The Grid”

66-Year-Old Man Dares To Smuggle Around 40,000 Piranhas Into NYC

33 European Languages Are In Danger, May Extinct Soon