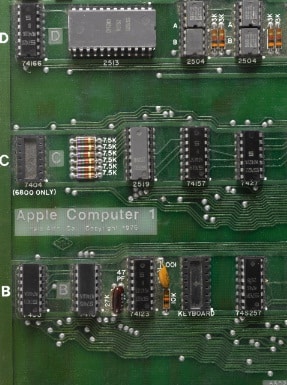 The auctioneer told the press that two parties were involved in the battle for the Apple 1, which also included the original manuals. A set of bids were conducted by the auctioneer on behalf of an absentee collector, on the other side, a telephone bidder shown more patient and eventually clinched the sale.

The other item in the auction, a four-page Atari memo, was written by Steve Jobs in 1974 detailing the late entrepreneurs thoughts on how to improve Atari’s arcade World Cup Football game. In 1974, Mr. Jobs was 19 years old. The auctioneer said, at least three bidders bid for the memo.