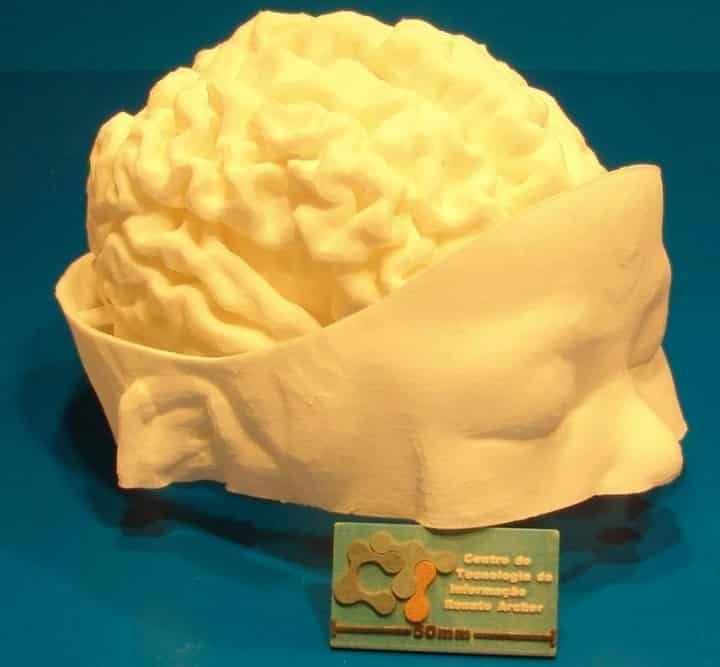 3D-printed things are being expanded to all the sectors day by day. Doctors as well as hospitals have started using 3D-printed things for treatment. Now it’s been saying that neurosurgeons of the world may use 3D-printed brain replicas to save children in the near future. Recently, neurosurgeons at the University of São Paulo’s medical school in the city of Ribeirão Preto in São Paulo, Brazil have used 3D-printing to create a model of an infant’s brain from a CT scan, in order to successfully treat a baby born with Sturge-Weber syndrome, a rare congenital neurological and skin disorder that severely affects a child’s development. The condition causes seizures, tumors, cerebral malformation (where the brain’s arteries and veins do not connect properly as the brain develops), muscle weakness, glaucoma (a form of nerve damage which affects vision) and mental retardation, as well as unsightly birthmarks on the face from malformed blood vessels under the skin. Physical therapy and anti-convulsant medications are usually used to treat the disorder, but in severe cases, doctors might choose to operate in order to disconnect or even “switch off” the affected part of the brain to prevent the life-threatening seizures. However, using technology provided by the Center for Information Technology Renato Archer (CTI) that has been making 3D-printed models for medical use for several years, such as a full color model of a 12-year-old girl’s spine, neurosurgeons created a 3D-printed model of an infant’s (Gabriel Mandeville) brain and used it in an incredible complex surgery. The 3D printed brain model is printed in soft plastic with a precision of 16 microns per layer. The blood vessels are set in contrast color for easier navigation. However, after 10 hours of a critical surgery, doctors successfully completed their work.

This is not the first time doctors using 3D-printing things for medical treatment. Earlier, some Spanish doctors have used 3D-printing to remove a previously inoperable tumor from a child and now, hospitals in Italy and the UK are using the technology to repair complex bone fractures and test out implants for facial reconstruction surgery. On the other hand, in the Netherlands and China, surgeons are using 3D-printing in pioneering surgeries, including replacing an entire skull, and replacing a damaged vertebra.

Source: The Verge
Thanks To: IB Times