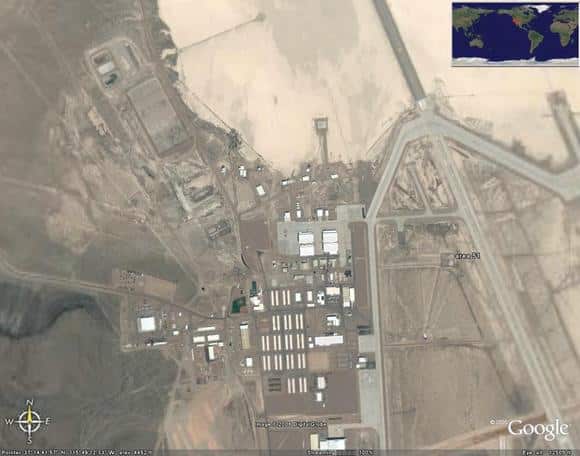 Area 51 has long been the mysterious, unknown area where anything from aliens to secret government projects could have existed. Now, however, the whole mystery of the area has been debunked as certain declassified governmental documents reveal that Area 51 is a site in Nevada that has long been used to test US surveillance aircrafts. Since a few years after World War II, the US government has been cognizant that it needs aircrafts and technologies which would enable it to carry out active aerial surveillance. In 1955, a special plane called U-2 was created by Lockheed for the said purpose. The plane was equipped with cameras which could take high-resolution photos while flying at high altitudes.

However, the government needed a remote site where it could test out the surveillance aircraft without any hassles. So, according to the report, ‘On 12 April 1955, Richard Bissell and Col. Osmund Ritland (the senior Air Force officer on the project staff) flew over Nevada with Kelly Johnson in a small Beechcraft plane piloted by Lockheed’s chief test pilot, Tony LeVier. They spotted what appeared to be an airstrip by a salt flat known as Groom Lake, near the northeast corner of the Atomic Energy Commission’s (AEC) Nevada Proving Ground.”

The report has just been declassified in response to a Freedom of Information Act request, filed back in 2002. It was originally penned down in 1992 and was originally highly classified but after numerous redactions and editions, it has finally been released now.

It’s no doubt that the report has debunked the countless mysteries which have been surrounding the Area 51 for so long.