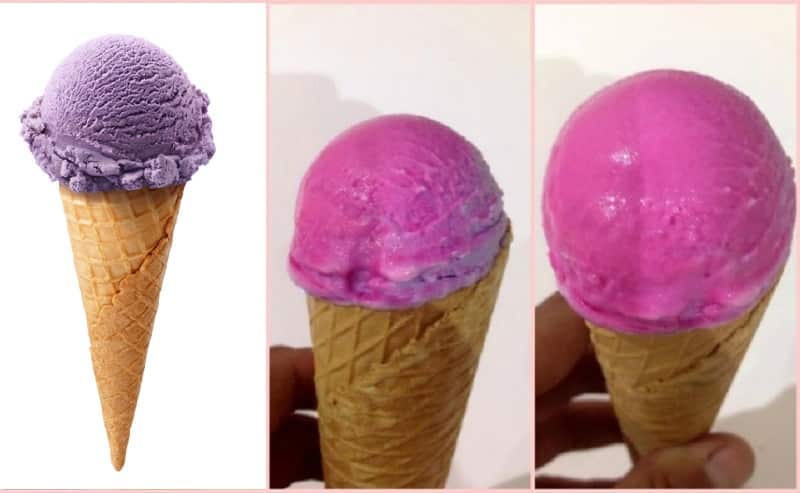 There are many people like me who love ice-cream. Different people like different colors and flavors of ice-cream. What if someone gets his/her favorite colors in one ice cream? You heard me right. Lately, 37-year-old Spanish physicist, electronic engineer as well as ice cream master Manuel Linares has invented a new type of ice cream called Xamaleon (pronounced Chameleon in Spanish) that changes its color when licked or melted. Recently, Linares has completed a course in ice cream making at the Hotel Business School Hoffman in Barcelona. The institute encourages students to create a new flavor of ice cream. But during the course completion time, the idea of making color changing ice cream lodged in Linares’ mind. According to Linares, “Everyone laughed, but as a physicist I know that there are various possibilities that might work and I was delighted when I managed to crack it and create an ice cream that changes color. It was important to me to make sure I only used natural ingredients, so it took a bit longer.” However, Xamaleon is made from natural ingredients that slowly changes color from purple to pink when it melts. According to Linares, Xamaleon is made with “strawberries, cocoa, almonds, banana, pistachio, vanilla and caramel, and it tastes like tutti-frutti.”

Linares has revealed that the ice cream has become incredibly popular and is being sold quite well at the ice cream parlor that he runs in the town of Calella de Mar, Barcelona. He is now trying to patent the method of creating this ice cream and hopes to expand his business in other countries. Well, if his ice cream tastes as amazing as it looks, I’m sure that he’ll be able to reach his goal very soon.

Fly Into A Majestic Nebula In This 3D NASA Video