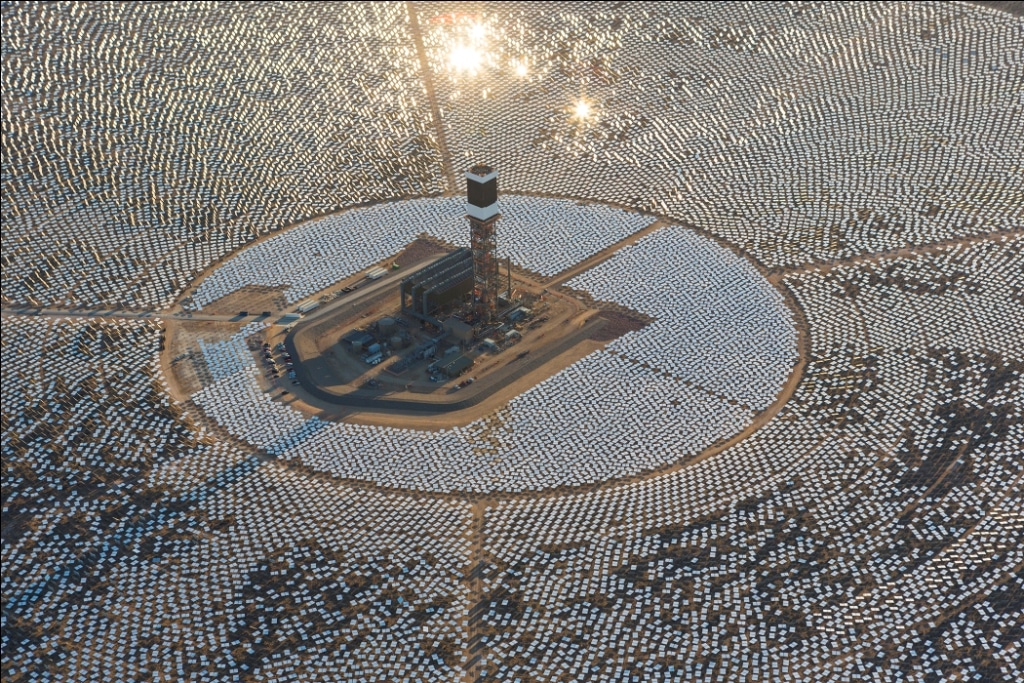 Only days ago, the world’s largest solar farm became functional in the Mojave Desert in California. The plant has attracted a lot of praise as well as criticism from environmentalists who have cited that heat from the plant is killing and burning the birds in the area. The location of the Ivanpah Solar Electric Generating System is smack in the middle of a desert terrain. The terrain is open, plain and offers plenty in terms of sunshine which is the life force of a solar system. The plant comprises of 350,000 huge mirrors, each the size of your average garage door.

These mirrors are used to reflect sunlight to boilers which are located on top of 459-foot towers. The water in the boiler tubes heats up as a result and the heat generated from it is used to run turbines and generate electricity. In all, the Ivanpah project can create sufficient electricity for up to 140,000 homes. This may not sound much but it is the first solar plant of this huge a scale. And although in terms of the overall national power production, this is a drop in the bucket, it certainly hints at where the power industry is headed in the future. Google has invested in this Ivanpah plant and others corporate giants are willing to invest heavy in clean and green energy as White House continues to push for better policies on climate change.

But for solar power to become truly viable, the prices of solar plants need to come down. Environmentalists have also mounted the criticism that rather than setting up huge solar farms such as Ivanpah, why can’t companies and federal authorities incorporate solar panels into the design of new houses. This, the environmentalists argue, will mitigate the impact of solar power production on the climate.

Despite its shortcomings and the reservations, Ivanpah power project is a landmark in the journey towards viable solar power. And future solar projects can learn a good deal from this example and perhaps improve upon the technology to such up such farms which leave a smaller footprint on the environment.