A new Type Of Computer Memory has invent by the University of Southampton researchers. This invension have developed new nano-structured glass, turning it into new type of computer memory. which ultimately modifications the way light travels by means of and is stored in glass. These ‘whirlpools’ of light information can be read like data stored in optical fibers. This new five dimensional approach is reusable, more compact and more cheaper compared to old methods of microscopy using a spatial light modulator. Checkout more details bellow in the press release. 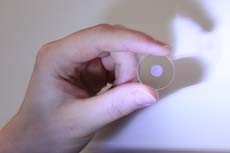 University of Southampton researchers have developed new nano-structured glass, turning it into new type of computer memory, which has applications in optical manipulation and will significantly reduce the cost of medical imaging.

In a paper entitled Radially polarized optical vortex converter created by femtosecond laser nanostructuring of glass published in Applied Physics Letters, a team led by Professor Peter Kazansky at the University’s Optoelectronics Research Centre, describe how they have used nano-structures to develop new monolithic glass space-variant polarisation converters. These millimetre-sized devices change the way light travels through glass, generating ‘whirlpools’ of light that can then be read in much the same way as data in optical fibres. This enables more precise laser material processing, optical manipulation of atom-sized objects, ultra-high resolution imaging and potentially, table-top particle accelerators. Information can be written, wiped and rewritten into the molecular structure of the glass using a laser.
According to the researchers, at sufficient intensities, ultra-short laser pulses can be used to imprint tiny dots (like 3D pixels) called ‘voxels’ in glass. Their previous research showed that lasers with fixed polarisation produce voxels consisting of a periodic arrangement of ultra-thin (tens of nanometers) planes. By passing polarised light through such a voxel imprinted in silica glass, the researchers observed that it travels differently depending on the polarisation orientation of the light. This ‘form birefringence’ phenomenon is the basis of their new polarisation converter.

The advantage of this approach over existing methods for microscopy is that it is 20 times cheaper and it is compact.

“Before this we had to use a spatial light modulator based on liquid crystal which cost about £20,000,” said Professor Peter Kazansky. “Instead we have just put a tiny device into the optical beam and we get the same result.”

Since publication of the paper in May this year, the researchers have developed this technology further and adapted it for a five-dimensional optical recording.

“We have improved the quality and fabrication time and we have developed this five-dimensional memory, which means that data can be stored on the glass and last forever,” said Martynas Beresna, lead researcher for the project. “No one has ever done this before.”

The researchers are working with the Lithuanian company Altechna to introduce this technology to the market. This work was done in the framework of EU project Femtoprint.

Research Reveals Why We Have No Memory Of Our Early Childhood