Finally, NASA‘s next generation rocket J-2X successfully passed its one of the most Vital Tests ‘Firing up Rocket Engine’ from its Launchpad. Last Wednesday, Nov 9, an experiment of 500 seconds were made by NASA’s Engineer, at Stennis Space Center in Mississippi to achieve the Flight Certification. It’s especially designed to be placed for Upper Stage in NASA’s new Space Launch System (SLS). 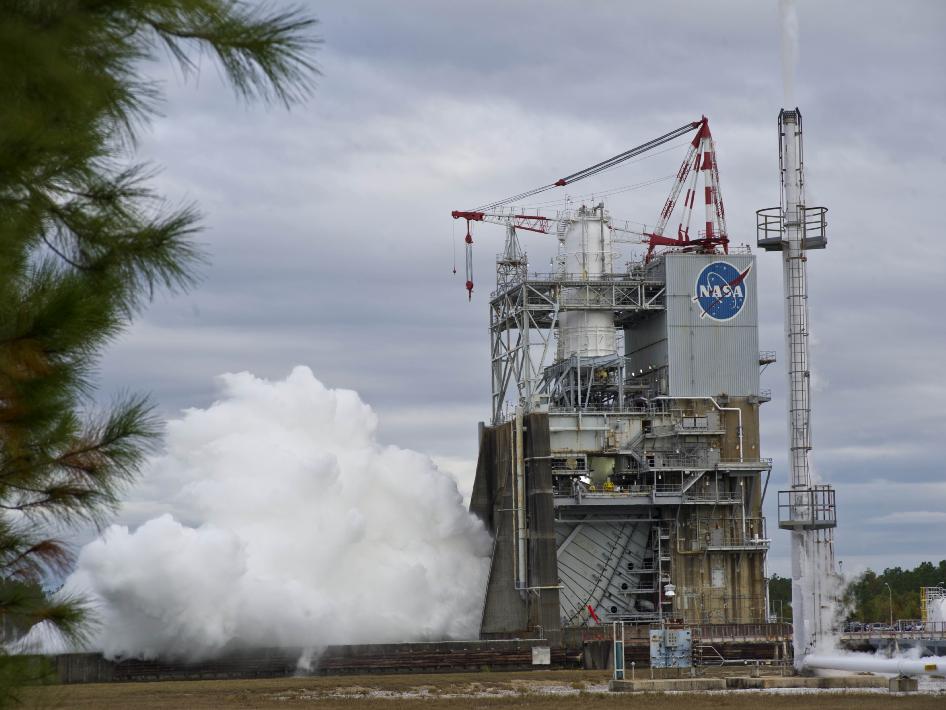 The J-2X rocket, weight of 130 Metric Tons is a derivative of the Saturn V stages which will carry the Orion spacecraft, crews, cargo, equipment and science experiments into deep space in future. NASA believes that this is their next ticket to space.

Additional Engine RS-25D/E and J-2X, both engines use liquid hydrogen and liquid oxygen propellants. As soon as the operators prepare for additional engine firings, whole data from the test will be analyzed seriously because it’s just a reboot of old 60s technology. Lots of tests are left to be tested until the SLS is built, but it’s been expected that in 2017, J-2X will be totally prepared taking off the ground with American Astronauts into space.
Source
[ttjad keyword=”samsung-galaxy-s”]