A team of neuroscientists has scanned the brains of professional and novice writers when creating a work of fiction to get a glimpse of their creative process. Researchers led by neuroscientist Martin Lotze from the University of Greifswald in Germany have used Functional Magnetic Resonance Imaging (fMRI) scanners to get a sneak peek of what happens in the brains of professional and non-experienced writers when they are working on a story.

The experiment was done upon 48 people. Out of this 48 people, 20 had idea about creative writing program while the other 28 had no previous experience in literary writing. However, all the participants were given two tasks. First, they needed to copy some text. This gave Lotze a baseline reading of the brain on writing. Then, he asked the participants to come up with a story—all of them got the same first few lines of a short story, had a minute to plan, and then about two minutes to continue the story. 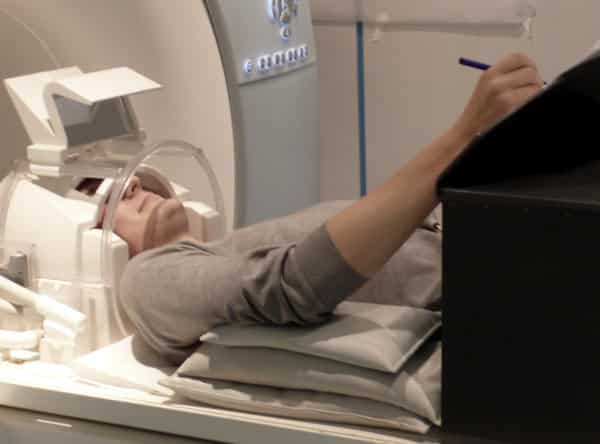 When the volunteers were planning the story, vision-processing regions in the brain became active. It indicates they were ‘seeing’ the scenes that they wanted to write inside their heads. Once the participants started writing, the hippocampus—a region of the brain associated with memory—became active. This possibly happened because writers might have retrieved information from that area to come up with different characters and situations.

But there was a difference between seasoned writers and novices: The brains of expert writers also showed activity in regions involved in speech. According to Lotze, possibly amateurs might have watched their stories like a movie inside their heads, but the professionals might have used their inner voice to narrate the story instead. Besides, there was one more difference. The caudate nucleus, which plays a huge role in activities that require a lot of training, such as music or sports, became activate in expert writers, but not in novices.

The very interesting thing is the study has caused controversy. Although neuroscientists have given us an insight into the inner workings of the brains of professional writers, unfortunately the experiment doesn’t explain where creativity and inspiration come from, or how they work. Neuroscientists have published their study in the journal NeuroImage.