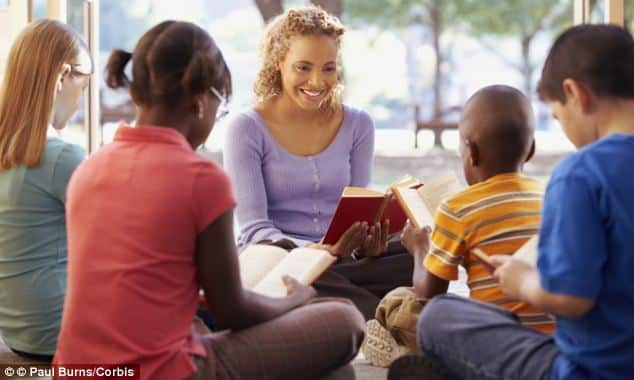 Stroke has led many people to become paralyzed. But this time, a different scenario occurred. Lately, stroke led a female school teacher, identified as M.P., losing her ability to read, but interestingly, she could write! The incident happened in October 2012. One morning, 40-year-old kindergarten teacher M.P came into class and was about to take attendance of the students. But when she was going to do that she realized that she couldn’t read the paper in her hands. When she looked over her lesson plans, she again found that she was unable to read as she was seeing “incomprehensible symbols” all over the lesson. Finding no other way, M.P. went to see the school’s head teacher and the head teacher became baffled after seeing such scenario of M.P and the head teacher sent M.P. to stay with her mother.

When M.P. started to stay with he mother, she began to experience further problems. She could no longer tell the time and it took her several hours to pack a travel bag. She also started to have difficulty finding words and she became confused and anxious. This was not a good sign. So, M.P.’s mother took her to a hospital and admitted her.

After diagnosing her, doctors found that M.P had had a stroke that day in class while she was about to take the attendance of the students. The stroke led M.P. to suffering from ‘word blindness‘ or alexia without agraphia. Word blindness is a rare condition which causes people to lose the ability to read, but without impeding their ability to write and to understand speech. It is believed that word blindness occurs when the brain’s ‘language zone‘ (a large cortical area (which is normally at the left hemisphere in most people) containing all the centers associated with language) is robbed of its visual inputs but, otherwise, remains intact.

However, after being hospitalized, diagnosed and knowing that the stroke snatched her reading ability only, not the writing ability, she tried to teach herself to read again by using flashcards and writing exercises to try and improve her condition, but all her efforts went in vein. Still she determined not to give up and later she discovered that she could decipher a word by tracing each individual letter with her finger.

The doctors published a report of M.P. in the journal Neurology, where they explained, “Given a word, M.P. will direct her attention to the first letter, which she is unable to recognize. She will then place her finger on the letter and begin to trace each letter of the alphabet over it in order until she recognizes that she has traced the letter she is looking at. That is the letter ‘M’, she declares, after tracing the previous 12 letters of the alphabet with her finger while deciphering a word in front of her. Three letters later, she is able to shorten this exercise with a guess – “This word is mother” – she announces proudly.”

Although M.P. is not able to read, some words still elicit an emotional response from her. For example, when she was shown a word ‘dessert’ she said “Oooh, I like that” and when she was shown the word ‘asparagus’ she said, “I’m not doing this word! Something’s upsetting me about this word!” Besides, during an afternoon therapy session, when M.P. was shown 2 letters from the mailbox at home, she quickly handed one letter back to her mother and tucked the other into her purse, saying, “This is my friend, and this is your friend.” When she was asked who these friends were, she could not say.

Source: PopSci
Thanks To: Daily Mail