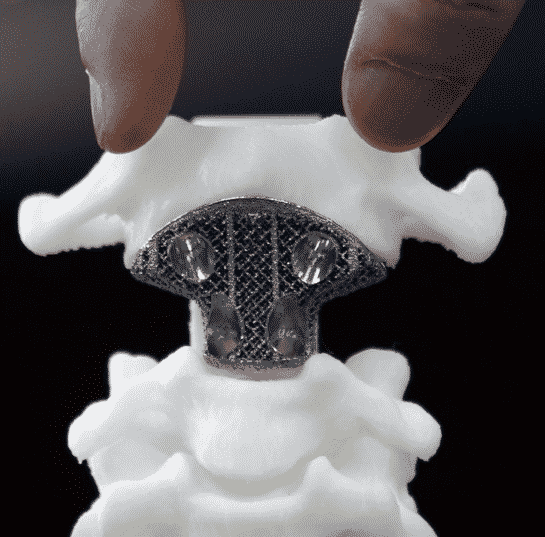 Since the 3D printing things have shown a great success in most of the cases, doctors as well as hospitals have already inclined to use this technology in with patients. Lately, we have come to know that Beijing Hospital has done the world’s first 3D printed vertebra surgery to a 12-year-old boy in China. The name of this 12-year-old boy is Minghao. He had developed a malignant tumor on his spinal cord, and some of his bones needed to be removed. He had been lying in the orthopedics ward of Beijing Hospital for more than two months. However, Minghao’s condition was so bad that he could occasionally stand up, but only for a few minutes. There was no option for doctors except for a surgery. Normally, replacing a vertebra requires using cement and screws to surgically attach a hollow titanium tube in the place of the old bone. Recovery takes a few months, and even then, the tube doesn’t fit naturally with the spine. Over time there’s a slight risk that the tube could slip out of place or jam into bones, especially as the body changes. So, the doctors didn’t want to take any risk to the boy and they decided to implant a 3D printed vertebra into Minghao’s body. Instead of using a “spine of steel,” the doctors replicated a 3D printed structure from a virtual design based on the the patient’s actual vertebra, making them pretty similar to the existing bones and allowing them to integrate more naturally. After several hours of surgery, the doctors installed the 3D-printed vertebra between Minghao’s first and third vertebra. The 3D-printed bone was made of titanium powder, which is also used in many other orthopedic implants. The doctors believe that installing this 3D printed vertebra into Minghao’s spinal cord will allow him lift his head in the coming months. Here’s a video.

Note that, this surgery is the world’s first 3D printed vertebra surgery. It is expected that within next three months, the doctors will be able to know how the implant holds up inside Minghao’s spinal.

Source: Forbes
Thanks To: CCTV

Japanese Companies To Send Humanoid Robot To The Moon By 2015