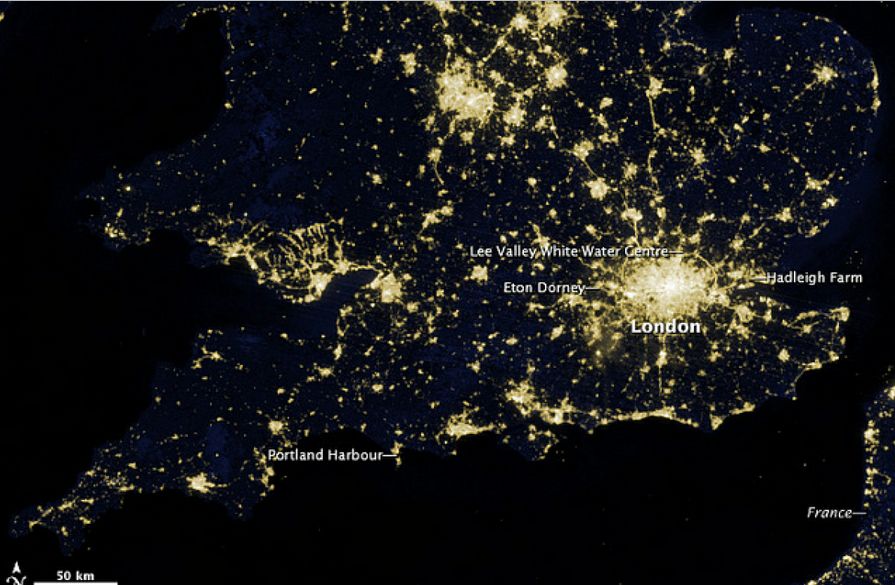 London Olympics 2012 has begun with a lot of glittering lights and buzzing sounds. The opening ceremony enchanted all. The civilian space research wing, NASA, hasn’t lagged behind, too. Using satellites, it snapped this year’s Olympic host city – London. The iconic space agency has unveiled some photos of the present and past Olympics’ host cities. From the ground, we have seen glittering lights of the Olympics during inauguration. It was awesome. But, how the inauguration ceremony of Olympics would have looked like from space?NASA has unveiled some photos of that. The space research organization has published satellite images of the host cities of Olympic games, both present and previous, captured during the events. Image coordinator Rebecca Roth at NASA’s Goddard Space Flight Center expressed her enthusiasm saying, “We have a fleet of earth observing satellites capturing images every day. This was a great way to share some of those great views with the public.”