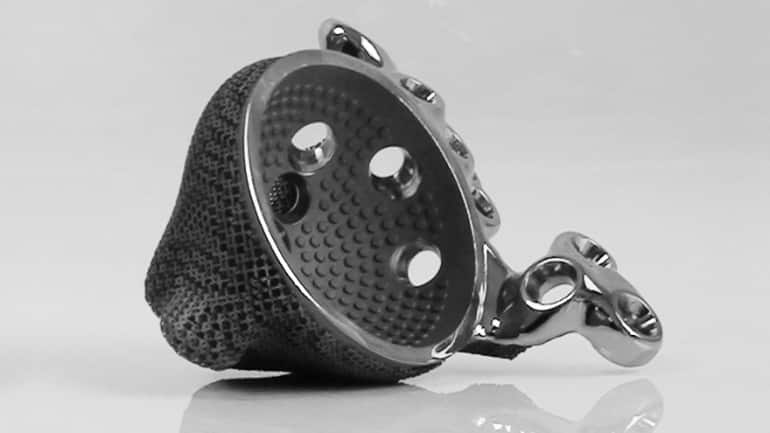 A 15-year-old Swedish girl (name has not been revealed) had been suffering from neurofibroma, a benign tumor which grows on the peripheral nervous system. This caused extensive damage to her pelvis. However, later the neurofibroma was removed through surgery. It was thought that it would bring a good result, but rather several complications started to appear.

Her left hip gained a severe skeletal deformation and she started suffering from chronic pain. Doctors became worried if she would ever walk again. So, her doctor Professor Rydholm of Skane University Hospital in Lund, Sweden went to Belgium-based Mobelife, an implant design company that is “specialist in implant design and production for challenging bone and joint reconstruction surgery.”

Mobelife designed a custom implant using a tomography scan that created a picture of the girl’s bone anatomy. The 3D-printed implant was then used in reconstructing her left hip with the screws strategically placed in areas where the bone was strongest. After the operation which took place in September 2012, the girl was immediately pain free (almost) and soon began walking with a crutch.

And the good news is, now around 18 months later, she can walk fully on her own. Here’s a video about this great story.

Source: Mobelife
Thanks To: Reuters