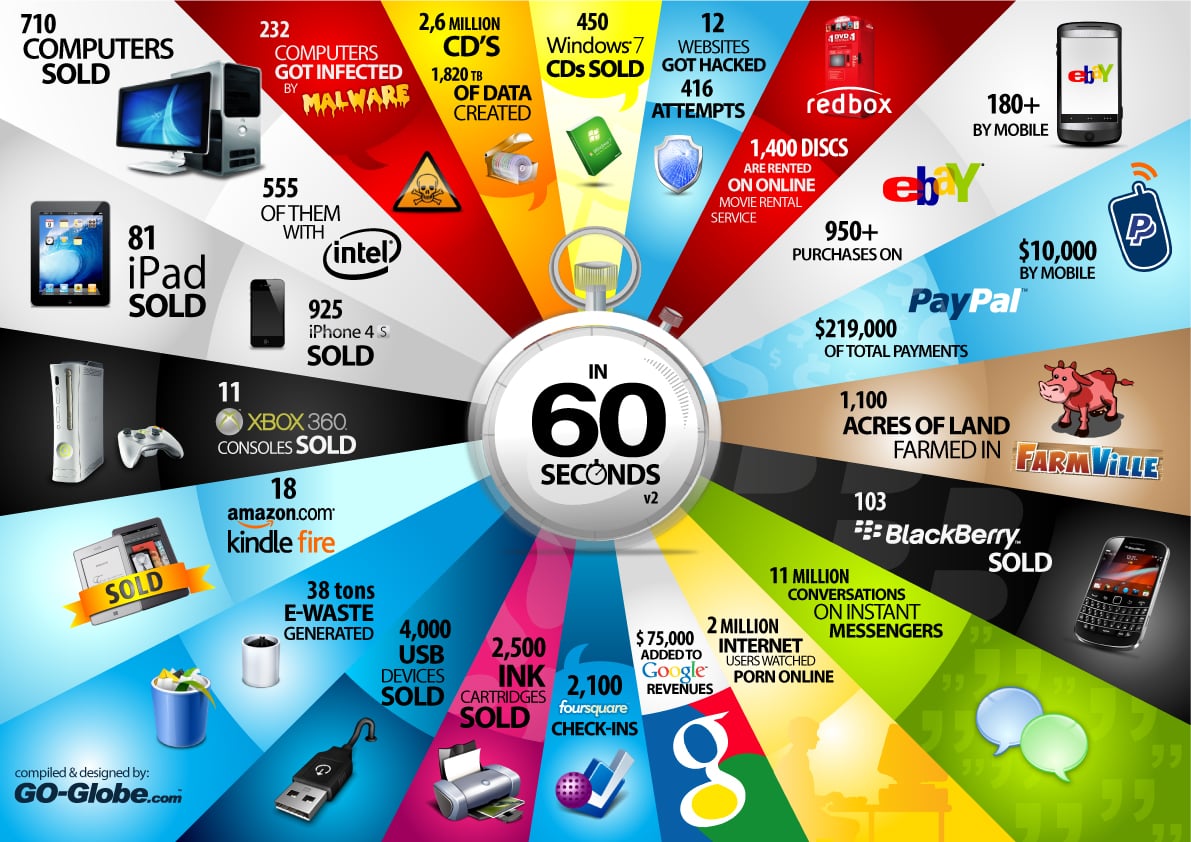 According to a latest infographic by go-gulf.com that was based on what happens in the tech world, a number of startling revelations have come to force. So much happens within sixty seconds that you may be forced to believe that sixty seconds are very significant indeed. From Apple’s sales every 60 seconds to the total computers purchased every sixty seconds, it’s all in here. Of course this doesn’t come as a surprise when we are told that Apple sells 925 iPhones and 82 iPad tablets every 60 seconds. An ironic parallel is that RIM sells about 103 Blackberry’s every minute. Just scroll back a few years and Blackberry’s was the undisputed king of the smartphone world whereas Apple wasn’t even known for making smartphones. On a similar note, Amazon is able to sell about 18 Kindle Fire every minute. So while Kindle Fire is fast becoming the number-2 best tablet, it still has a long way to catch up to iPad.

And here’s for the huge revenue streams of online tech giants: Google has $75,000 added to it’s revenue every single minute! Microsoft isn’t far behind, selling 450 copies of Windows 7 alone, every 60 seconds. A total of about 710 computers are sold every minute while 232 are infected with malware (salesmen outdo the hackers it seems). PayPal remains one of the main services for monetary transactions, processing $219,000 every minute.