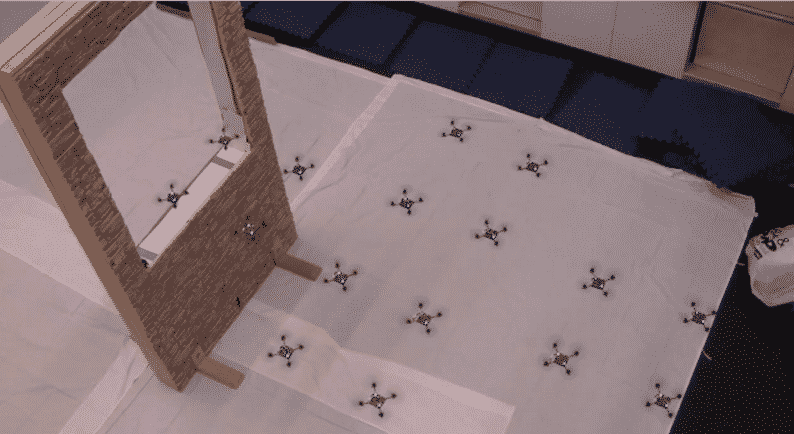 We all are acquainted with Acrobat. Most of the time, people do various types of acrobatic steps, sometimes animals do also. But did anyone hear about Robots are doing acrobatics? I guess, NO. This time, instead of animal or human, robots will do the acrobatic styles. Well, a robotics research team at the University of Pennsylvania has designed a system to coordinate a number of small quadcopters. Being hope that, these robots will be used for surveillance or searching purpose after a disaster in future. About Quadcopters :
The swarm of tiny quadcopters is able to move in groups, avoid obstacles, and change formations in 3D space. Each quadcopter has got the ‘self-sense.’ Self-sense allows the robots to be in position accurately maintaining the balance at any type of movements.

The quadcopters can flip over and maintain flight. Its structure is amazing. 16 quadcopters can change direction, land, navigate past obstacles, and even fly in a figure-eight pattern through command.

Check out the video published by The General Robotics, Automation, Sensing, and Perception (GRASP) which shows the nano quadcopters’ remarkable agility and the ability to perform as a team.