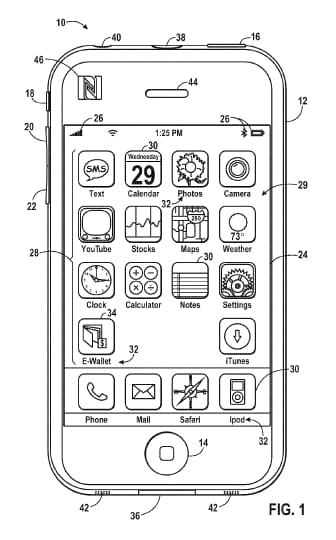 Although Apple hasn’t specifically concentrated much on a mobile payment service or at least hasn’t expressed it’s intents to launch one of it’s own, it is nonetheless bagging all the relevant patents. According to reports, Apple has now secured a patent for ‘E-wallet’ from US Patent and Trademark office. The office has now published the patent after approval which has re-ignited the debate that Apple may actually launch a mobile payment service some time soon. The patent is actually titled ‘Parental controls’ and is most probably just a sub-part of the very feature ‘E-wallet’ that Apple may have plans of launching in future. The text of the patent that details about it describes a scenario in which a parent would set up an account for the child. This account will be a prepaid subsidiary account.

The patent further notes that this similar functionality can be used in yet another scenario. For instance, if an employer wants to set rules for the mobile payments through an employee’s handset, he can use E-wallet to implement them. This shows that if Apple may launch this mobile payment service, it is gearing up to cater to both common users as well as commercial entities.

The images in the patent which are used to illustrate the service make mentions to ‘E-wallet’ which may perhaps be the name of the service. According to Apple Patently, “Apple’s patent reviews credit card transaction rules and shows us that the credit card companies will be sending statements directly to your iTunes account, The iWallet project just became a little more real today.”