Digg founder Kevin Rose is starting a new company. Rose had told NetworkEffect at South by Southwest that he was working on a new start-up. TechCrunch reported today that he had resigned and was closing a $1 million round in funding for the venture.

Rose has confirmed this news in a tweet, which reads in part, “I’ll continue advising Digg [and serve] on the board of directors and taping Diggnation (as I have been since [Matt Williams] joined).”

In the past year, Digg saw a major exodus from its website to rival Reddit after a new management team decided to kill popular features. According to VentureBeat, traffic at Digg fell from 16m unique users to 8.2m users, according to traffic research company Quantcast. Reddit now boasts 14m unique visitors.

According to TechCrunch, Digg walked away from a US$200m potential acquisition by Google at the last minute, in 2008. 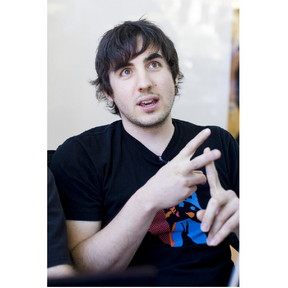 As well as this, Rose had a falling out with Jay Adelson, who subsequently left and Rose took over as CEO.

It is believed Rose is spending much more time with other projects, like Revision3, but plans to continue recording popular online video show Diggnation.

CBS May Soon Bring “Draw Something” To The TV Screen