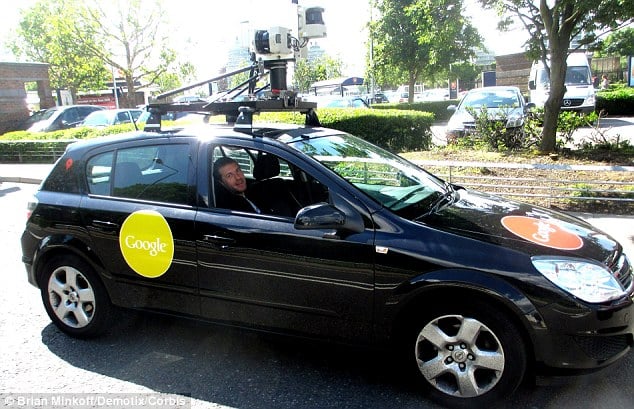 Google‘s online mapping service is the most popular mapping solution right now. Without a doubt, Google has the best mapping tools and now, the company has revealed how exactly it picks up house numbers in Google Street View. Google Street View essentially allows you to go to the street-level and get a good glimpse of things. This is made possible by the countless panoramic photos taken by Google in the vicinity, and then mapped. At the same time, Google takes images of house numbers and maps their geolocation accordingly.

This is a fairly useful feature because in many major cities around the globe, either there are no street numbers or they are simply too disorganized to understand. For someone looking for a specific house number in a given area, Street View can be immensely helpful.

However, the problem for Google is to tackle these hundreds of millions of images, many of which contain the house numbers. Since manually identifying these images is virtually impossible, Ian Goodfellow and others in his team have readied a neural network which can accomplish the task on its own.

According to Goodfellow, they use 11 levels of neurons which are thoroughly trained before they go through the images and identify house numbers. The team assumes that a house number in any of the images wouldn’t be longer than five digits long and that it roughly covers 1/3rd of the image.

The neural network is first trained using a public data set of 200,000 images of house numbers grabbed by Street View cameras. In six days, the neural network is ready for the real test. It can then identify the house numbers correctly in 95% of the cases, which is certainly not ideal but still makes it one of the most effective tool of its nature.

Interestingly, Goodfellow and his team plans to put the technology to other uses too. According to him, “This approach of using a single neural network as an entire end-to-end system could be applicable to other problems such as general text transcription or speech recognition.”

Engineers Trying To Make A Motorcycle Helmet That Can Navigate