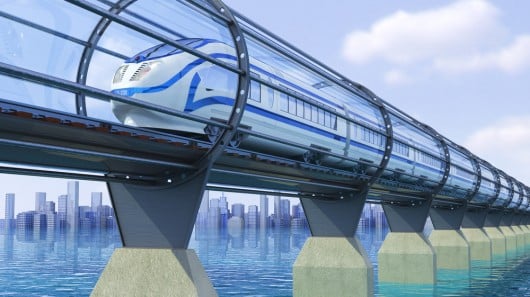 We have already covered a few news regarding Hyperloop, a very high-speed transport system that will be able to take us from NY to LA in 45 minutes. However, at beginning, it was named Hyperloop transport system, but now the system has got an official name and gathered some major partners. Telsa and SpaceX founder Elon Musk, in 2012, came up with this very high-speed tube train Hyperloop. Evacuated Tube Transport Technologies (ET3) planned to make this high-speed tube train. According to earlier reports, each Evacuated Tube Transport (name of Hyperloop) high-speed transportation tube would be 16 feet long, 5 feet in diameter and would weigh 183 kg (400 lbs). In each tube, a maximum number of 6 people or a maximum weight of 367 kg (800 lbs) would be able to fit.

There will be a compartment in each tube where travelers would be able to keep their luggage. There would be no food or waiting service, like aviation, in the tube, but there would be TV for travelers to enjoy the ride. Besides, ETT will use magnetic levitation and it would be able to travel at speeds of up to 4,000 mph or 6,500 km/h.

Elon Musk revealed more details of Hyperloop. Later, a 3D model of Hyperloop transport system was also revealed. But for either case till then, Hyperloop didn’t get any official name. Although many science fiction-inspired name were suggested for Hyperloop including Tube X, MagTube, The Loop, Terra Tran, Loopola, Warp T and ScramTram, but later the Hyperloop got its official name, Hyperloop Transportation Technologies Inc.

On the other side, along with the official name, the project has also secured several new partners including ANSYS, GloCal, with UCLA’s SuprStudio. ANSYS will provide initial technical support for the project. SuprStudio architectural design program will contribute urban planning and design treatments for the project.

However, if all goes according to plan, then we may see Hyperloop totally ready for transportation by 2015.