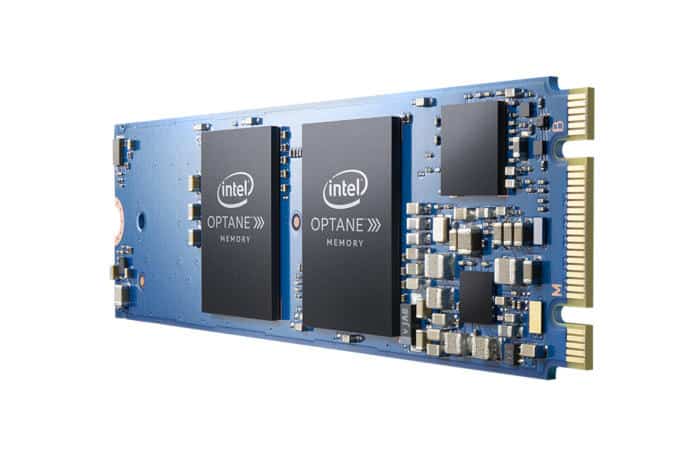 Heard about Intel® Optane™? If you have not, yet, you will very soon. It’s based on 3D XPoint technology-based, which is often called as most break-through technology since 1960s! It’s cheaper than DRAM, but 1000x efficient than NAND, and non-volatile! Seems unbelievable right? Stay with us while we reveal rest details in this article. 3D XPoint is pronounced as ‘3D cross point’, is being developed by Intel & Micron jointly. The development started back in 2012. And the details were not much known before 2015.

What is 3D XPoint?

In simple words, in 3D Xpoint technology where memory cells sit in the three-dimensional mesh. What is Intel Optane?

Optane is Intel’s brand name of the product it’s going to bring using 3D XPoint technology. As it’s been jointly developed by Micron as well, their version of all the hardware will have a different brand name of QuantX.

Why 3D Xpoint Technology a breakthrough?

Naib reason is it revolutionalize the five-decade-old memory technology. Currently, we have mainly 3 type of memory technology, DRAM, NAND & Hard-Disk.DRAM is fastest, but very costly, compare to others, while NAND is cost effective but slow. And HDD is most cost effective but slow. While this 3D-CPoint technology is half the cost of DRAM, but up to 1000x faster than present NAND. Look at the graphics below. So, its Faster, Non-Expensive & Non-Volatile. The Optane SSD made using this technology will have about 10X better performance than a usual SSD.

What do Non-volatile means?
Answering in a way that non-techy people could understand, though I think everybody should have learned that in their high-school or sooner. Non-Volatile Memory means the data does not get lost after power shut down. Currently, all DRAM ( also most DIMM common RAM) are Volatile, so after you shut down your computer, all the data in RAM, mainly OS and the application you were running purged from RAM, and next time when you turn your device on, it takes time to load those important files from your HDD (or even SSD) and initialize your computer. If our RAM could non-volatile the whole computing world will be very different. Application Layer is also important here, as DRAM lays very close to processor, so it’s efficient for Processor to process from DRAM, while SSD is not. With a technology like 3D XPoint which is faster than DRAM, but non-volatile, we could have RAM from this technology and our OS will stay on there. Look at the graphics to understand better, When should we expect this technology?

Intel actually showed this off during this CES 2017. There have been multiple brands showed off their laptop with Optane Memory. Currently, it’s coming in Optane SSD, and the capacity is limited to 16GB or 32GB. Intel Kaby Lake system is compatible with Optane SSD. Lenovo announced their new ThinkPads will offer 16GB Optane SSDs in M.2 2242 form factor, paired with hard drives. So, here Optane SSD will act as a cache. And expect to give about 4-5X performance.

The first version of Optane SSD and device with Optane SSD should come out in Q2 (second quarter) of this year, 2017.

Keep in mind the mass production will time to ramp up. And the price will be high at this point, as the mass production start the price will drop. It’s expected more R&D budget will be allocated to this project, and Intel had shown in past it has the ability to bring a technology from lab to our desk in fairly small time.
I do not have enough data at this point, but if I had to guess, I would say –

1) We will be able to buy Laptop with Optane SSD as a cache by this year.
2) We will have fairly costly, but available to buy 64Gb – 128Gb or even 256GB Optane SSD by 2018. And we could use that as standalone Drive. Server system will get this a bit early as usual.
3) We might see some form of Optane based DIMM< that fits in DDR4 slot by 2018 or mid 2019.
4) By the year 2020, our OS and computer structure will be capable of using full 3D XPoint technology. A computer will not need to be rebooted and wait to turn on. All will be instant.
5) Maybe by 2022 processor technology will adapt in a way that it could use the full potential of 3D XPoin architecture.

See, I could act like a wizard as well. But if you research a bit you will understand its very strong possibility. Rest will depend on adaptation, development, the world economy, relation between the US, China and rest of the world and many form factors. Let’s hope for the best.

Here are the resources that helped me understand this.