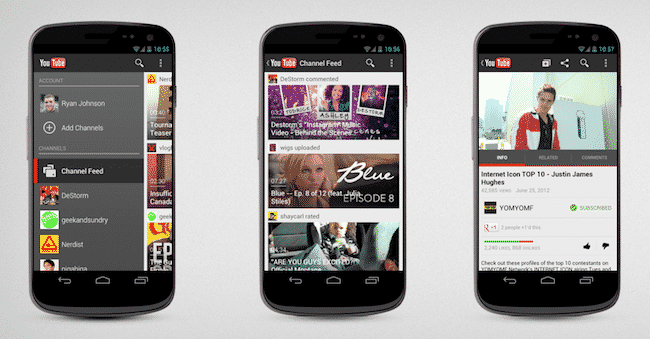 YouTube is currently the largest video-sharing site online. A look into the code of the recent YouTube app for Android hints that YouTube is preparing a subscription-based music service. Rumors of such a music service from YouTube have been afloat for a month now. After YouTube released its latest version of Android app, Android Police looked into the code within it. Hints within the code cited a Music Pass service with features such as offline syncing, no ads, unlimited streaming as well as background playback.

These hints, some have surmised, show that YouTube is preparing a premium music service that it may launch soon. There is also a possibility that the expected service is also used to offer movie rentals. References to the expiry of offline versions tend to affirm this.

What makes this a tad bit unreal is the fact that Google is already offering online music streaming and movie rental through its Google Play portal. Although YouTube has an immense collection of music videos, it is primarily noted for its video collection.

Nonetheless, a premium service like this may be able to entice a significant number of YouTube users, making for a handsome revenue stream for Google. The search giant may simply be trying to tap into this potential.

Casio Inked Patent-Licensing Deal With Microsoft TO Use Linux