Class-action lawsuits against companies often costs them a big fortune. Tech companies have been facing such lawsuits for quite some time. And now, it seems that they have found a way to counter it. Microsoft is now starting to change its user agreements and terms of service so that users would be legally bound not to file a class-action lawsuit against it. 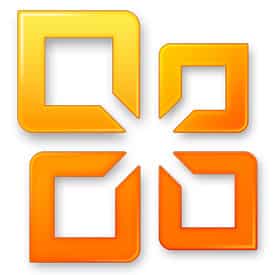 According to Microsoft, it is going forth with this change in light of the ruling that was given in AT&T Mobility vs Concepcion case in the Supreme Court. In the case, it was ruled that a company can prevent a plaintiff from filing a class-action lawsuit, though leaving the plaintiff options of either settling the complaint privately or through a small claims court.

ASUS Thinking To Make Own Version Of Microsoft’s…

This amendment will effectively shield Microsoft from any major claims from users in the coming days. According to the company, it has already updated its Xbox Live service with the new user agreement and will soon be applying the same changes to its other products and services.

According to a blog post written by assistant general counsel at Microsoft, Jim Fielden, “We think this is the right approach for both Microsoft and our U.S. customers. Our policy gives Microsoft powerful incentives to resolve any dispute to the customer’s satisfaction before it gets to arbitration, and our arbitration provisions will be among the most generous in the country. For instance, we permit arbitration wherever the customer lives, promptly reimburse filing fees, and, if we offer less to resolve a dispute informally than an arbitrator ultimately awards, we will pay the greater of the award or $1,000 for most products and services—plus double the customer’s reasonable attorney’s fees. Most important, this approach means customer complaints will be resolved promptly, and in those cases where the arbitrator agrees with the customer’s position, the customer will receive generous compensation, and receive it quickly.”

While this does sound like it is being done for the good of the customers, the contrary may be the case since class-action lawsuits have often forced companies to improve themselves.

Source: Microsoft On The Issues

[Tutorial] How To Jailbreak Your iDevice On iOS 5.1.1 Using Absinthe 2.0 [Windows]