Figuring out the best route for many underwater vehicle like ‘swarm’ is a monumentally complex problem. But, Massachusetts Institute of Technology (MIT) researchers have developed new software and methods that can predict optimal paths for automated underwater vehicles. The purpose is to teach the “swarms” of undersea robots: how to effectively draw paths for us. The team is going to present their mathematical procedure in May at the annual IEEE International Conference on Robotics and Automation.

The system that has been developed by the team of engineers named Multidisciplinary Simulation, Estimation, and Assimilation Systems (MSEAS) led by Pierre Lermusiaux, the Doherty Associate Professor in Ocean Utilization at MIT can provide paths optimized either for the shortest travel time or for the minimum use of energy, or to maximize the collection of data that is considered most important. The Office of Naval Research and by the MIT Sea Grant College Program, arranged the whole fund to continue the whole. 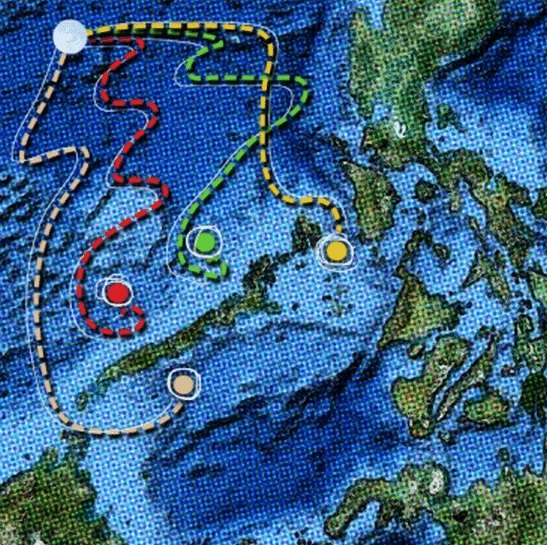 Lermusiaux said, “Earlier attempts to find optimal paths for underwater vehicles were either imprecise, unable to cope with changing currents and complex topography, or required so much computational power that they couldn’t be applied to real-time control of swarms of robotic vehicles. Because ocean environments are so complex, what was missing in the methodology and algorithm was the integration of ocean prediction, ocean estimation, control and optimization”

The team achieved a successful test of the new algorithms by simulating a virtual fleet of 1,000 AUVs, which had been deployed from one or more ships and seeking different targets. The system they devised was able to account for ‘forbidden’ zones. It means, the system could detect underwater craft and the flow of the currents as well as passing ships and avoid crashing.

While the methodology and algorithms were developed for an underwater environment, Lermusiaux explains that similar computational systems can be used to guide automated vehicles through any kind of obstacles and flows like aerial vehicles coping with winds and mountains. This system will definitely help miniature medical robots navigate through the circulatory system. You can click here for details.

MIT Computer Scientists Can Predict The Price Of Bitcoin

Beware! MIT Researchers Can Listen To Your Conversation By Watching Your Potato Chip…