Fuel-electric hybrid air car wants to take flight and has been reported that aircraft designer Michael Moshier and test-pilot Robert Bulaga have begun development on the world’s first fuel-electric hybrid air car. The hybrid Air Car will combine recent technological advances in materials and electronics with the kind of duct-fan technology that was used in the now-retired Springtail single person vertical take-off-and-landing (VTOL) vehicle. A variety of scenarios are envisioned under which this vehicle might be used and it could provide a unique solution to normal day-to-day and emergency transportation challenges resulting from metropolitan gridlock………….. 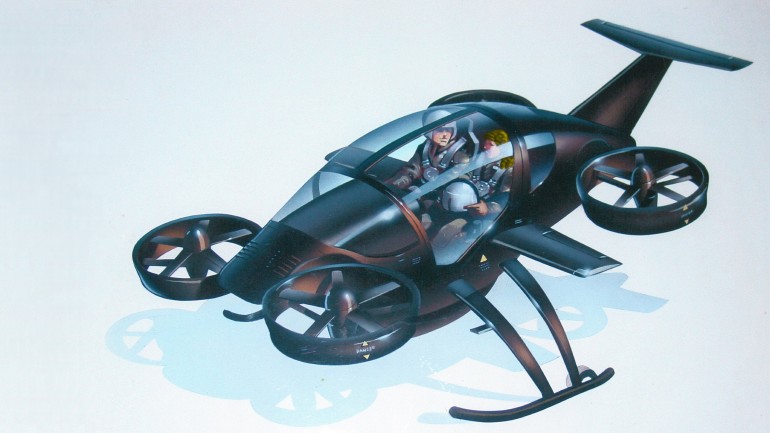 A new company in formation invites financial benefactors to become involved with its history-making project. Join forces with well-known aircraft designer, engineer, inventor and visionary Michael Moshier and renowned senior aerospace engineer, aircraft designer and test-pilot Robert Bulaga in the development of the world’s first fuel-electric hybrid air car. Moshier, Bulaga and their innovative engineering team previously developed and successfully flight-tested a revolutionary ducted-fan-powered, one-man VTOL aircraft named SoloTrek. This critical work, supported in part by $5 million in funding from DARPA , along with collaborative design assistance and wind-tunnel testing facilities at NASA Ames, resulted in world-wide recognition and accolades, including Popular Science’s Invention of the Year Award for the team’s innovative aircraft. Using the same, proven ducted-fan technology, plus new technological advances in materials & electronics, the company is ready to begin development and testing of its hybrid, multi-passenger air car concept vehicle immediately once adequate funding has been secured. “Ever since the Jetsons, we’ve been promised that an air car is just around the corner,” says Moshier, “but the technologies and knowledge necessary to build such a machine have not been available – until now! And it will be developed here in the USA!” 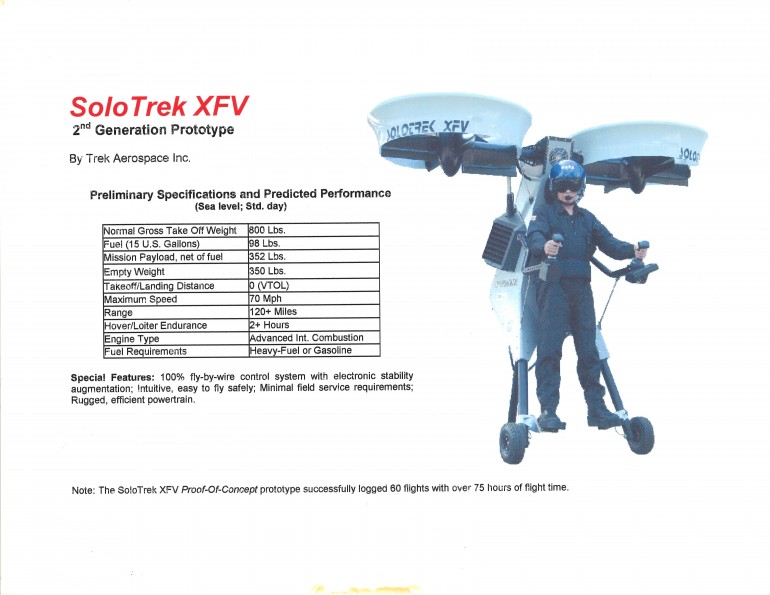 Bulaga adds, “It is no longer a question of if it can be done. We have the proven technology, key development partners, and operational experience to be successful with this project.” For many third-world countries with no established transportation infrastructure, a vehicle that can takeoff and land anywhere and travel from point A to B at high-speed, could fulfill many critical needs. In more developed countries, the hybrid air car could provide a unique solution to normal day-to-day and emergency transportation challenges resulting from metropolitan gridlock. The air car would also have numerous specialized applications such as search and rescue, police patrol, medivac, and many others. To learn more about individual or corporate philanthropic and sponsorship opportunities, contact Mr. Moshier [by email only] to request the PDF document: Hybrid Air Car Development Overview and Funding Plan. Please be sure to include relevant background information on yourself and/or your organization. Benefactor anonymity and privacy are assured. No information about respondents will be divulged without their permission.

Friendster Is Going Live As Social Gaming Network From Today

Japan Made World’s Fastest Train Ahead Of Hyperloop

Futuristic High-Speed Tube Train May Take Us From NY To LA In 45 Minutes!