Although Sony has been working diligently on the mobile front, it hasn’t been an active player in the arena by any measure. HTC, on the other hand, is known for the excellent designs of its devices and is a prominent player in the mobile market, even if it has a much smaller share than Apple and Samsung. Now, both companies have teamed up for a hardware partnership. 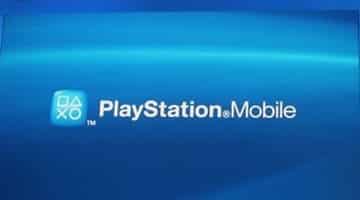 This is not the first time the two companies have joined hands. Sony and HTC collaborated back in 2008 to create the first Xperia device called Xperia X1. It was a Windows Mobile powered phone and was quite good when compared to its contemporaries back then.

Apparently, celebrating that partnership which was quite fruitful, both companies have yet again decided to collaborate. This time, it is a hardware-partnership which will be related to PlayStation-certified hardware.

As if to commemorate this partnership and build a ‘new era’ for PlayStation hardware, Sony is now rebranding its PlayStation Suite as PlayStation Mobile. Only recently in April, Sony first launched an open beta of this platform which was meant for developers to create PlayStation apps.

The interesting part is that HTC has been working hard on its own services ecosystem and one wonders how far HTC will go in aiding Sony with PlayStation Mobile while at the same time taking care of its own platform. When forging the partnership, Sony applauded HTC for its industrial designs, something for which HTC has been applauded by many others too.

The good news for PlayStation users is that with this partnership, the PlayStation-certified hardware is definitely going to take a significant step ahead, improving both its looks and performance in the process.

AnyTouch – Turn Any Surface Into A Touchscreen Simply By Touching